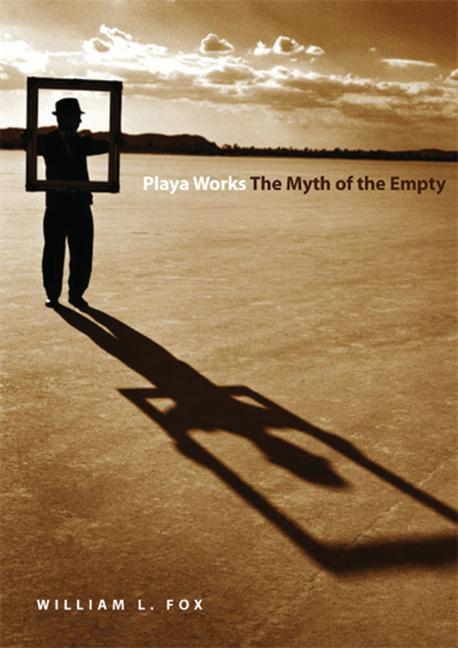 Writer-poet William L. Fox has spent much of his career contemplating the complex ways that landscape, human cognition, and history collide to create our perceptions and treatment of place. In Playa Works, Fox considers the West's emptiest spaces -- the playas, or dry beds, of the ancient lakes that once filled much of the Great Basin. Among the flattest, most barren places on the planet, the West's playas have haunted the American imagination since the Fremont expedition first surveyed them in the early nineteenth century.In these eight brilliant essays, Fox explores many of the major playas of the American West, examining locations as diverse as Nellis Air Force Base and Frenchman Flat, where the federal government has tested experimental aircraft and atomic weaponry; the Great Salt Lake Desert, where landspeed records have been broken; and the Black Rock Desert of Northern Nevada, site of the colorful Burning Man arts festival. He analyzes the geological and climatological conditions that created the playas and the historical role that playas played in the exploration and settlement of the West. And he offers lucid and keenly perceptive discussions of the ways that artists have responded to the playas, from the ancient makers of geoglyphs to the work of contemporary artists who have found inspiration in these enigmatic spaces, including earthworks builder Michael Heizer, photographer Richard Misrach, and painter Michael Moore. The ensemble is a compelling combination of natural history, philosophy, and art criticism, a thoughtful meditation on humankind's aversion to and fascination with the void.In Playa Works, Fox's passion for the American West combines with his scholar'scuriosity and power of analysis to produce one of the most engaging discussions yet of the natural phenomena that we call playas. This is nature writing at its best -- provocative, profound, richly intelligent, and delightfully adventurous.

William L. Fox is the author of six works of nonfiction exploring the arid regions of the American Southwest. He recently spent a season in the Antarctic as a participant in the National Science Foundation's Antarctic Visiting Artists and Writers program, and served as a visiting scholar at the Getty Research Institute to work in its art and cognition program, and as a Lannan Foundation writer-in-residence. He has also published fourteen volumes of poetry including Reading Sand: Selected Desert Poems, 1976-2000 (see page 20).