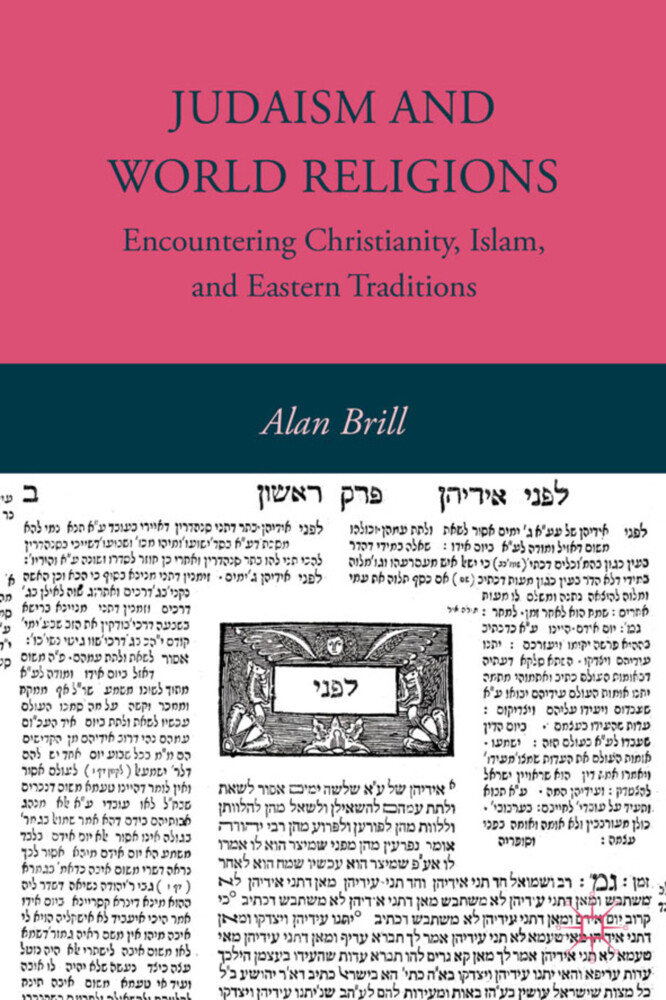 von A. Brill
Encountering Christianity, Islam, and Eastern Traditions. Auflage 2012. Sprache: Englisch.
Buch (gebunden)
Provides the first extensive collection of traditional and academic Jewish approaches to the religions of the world, focusing on those Jewish thinkers that actually encounter the other world religions -that is, it moves beyond the theory of inclusive … weiterlesen
Dieser Artikel ist auch verfügbar als:
Geschenk per Mail versenden
Buch (gebunden)

Provides the first extensive collection of traditional and academic Jewish approaches to the religions of the world, focusing on those Jewish thinkers that actually encounter the other world religions -that is, it moves beyond the theory of inclusive/exclusive/pluralistic categories and looks at Judaism's interactions with other faiths.

'In this major new contribution, Brill builds upon his earlier path breaking work on Jewish views of other religions. With expertise in both comparative theology and traditional Jewish texts, he again demonstrates his impressive ability to tackle this vital topic. He not only delves deeply into Jewish reflections on Christianity and Islam but assembles enlightening but little-known texts on Eastern religions as well.' - Adam Gregerman, Institute for Christian & Jewish Studies
'Alan Brill examines the attitudes found in Jewish classical literature and contemporary writings towards western and eastern religions. The perspective is designed to argue for a more inclusive and tolerant stance based on modern mind-sets and deeper understandings of Christianity and Islam and even Judaism itself. His wide knowledge of world religions allows him to present original and thought-provoking arguments for greater religious recognition of the other.' - Herbert Basser, Queen's School of Religion, Queen's University, Kingston Canada
'In presenting the urgency, the possibility, but also the complexity of a Jewish engagement with other religious traditions, Brill works consistently with concrete texts and particular contexts. Doing so, he not only speaks appropriately to Jews but challengingly to Christians. By being uniquely Jewish, Brill's book is a distinctive contribution to the general discussion on how to make religious sense out of religious diversity.' - Paul Knitter, Paul Tillich Professor of Theology, World Religions, and Culture, Union Theological Seminary, New York
'Alan Brill's work is an encyclopedic contribution to the literature on religious pluralism. It is at once a guide to the spectrum of Jewish interpretations of other faiths, an insightful analysis of the contemporary interreligious landscape, and a sampler of Brill's own comparative thinking in regard to some major traditions. Through argument and by example, this book encourages a new de