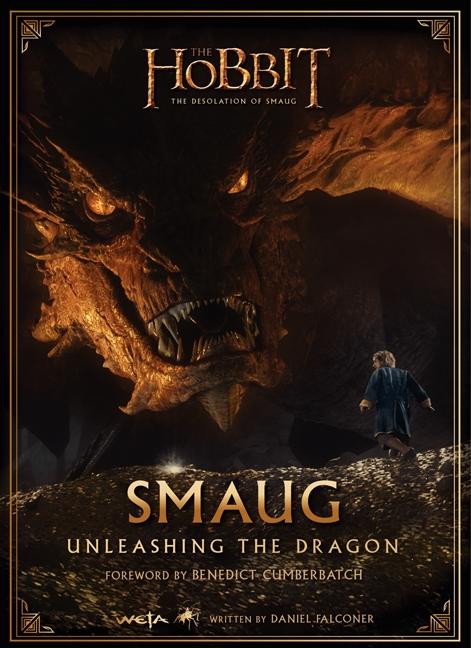 von Daniel Falconer
Sprache: Englisch.
Buch (gebunden)
Come face to face with Smaug the Magnificent, the most realistic, breathtaking and destructive dragon ever to appear on screen, in this gallery of exclusive images that tell the story of how he was created.
Smaug is possibly the most memorable charact … weiterlesen
Geschenk per Mail versenden
Jetzt nur

Come face to face with Smaug the Magnificent, the most realistic, breathtaking and destructive dragon ever to appear on screen, in this gallery of exclusive images that tell the story of how he was created.
Smaug is possibly the most memorable character in JRR Tolkien's The Hobbit: a huge, malevolent, fire-breathing, talking dragon! But while he makes quite an impact in the book, in Peter Jackson's film adaptation he is definitely the most spectacular creature ever to appear on screen.
So how did the filmmakers manage to take the dragon that has lived in millions of readers' imaginations and turn him into a totally unique and unforgettable living, breathing character?
The answer can be found in Smaug: Unleashing the Dragon. Packed with stunning, exclusive new images, it reveals how he grew out of thousands of detailed and fantastical concept designs into the beast that is unleashed in awesome digital glory.
Compiled by the Academy Award™-winning teams at Weta Digital and Weta Workshop, who provide fascinating insights telling the story of the dragon's creation, this is the perfect companion for every fan who was blown away by Smaug, the Magnificent!

Daniel Falconer has been a designer at Weta Workshop for more than a decade, producing conceptual art as part of the design team on many of the company's high profile projects, including The Lord of the Rings, King Kong, The Lion, the Witch and the Wardrobe and the short-lived Halo movie adaptation. Daniel wrote and collated Weta's first two books, The World of Kong (Simon & Schuster, 2005) and The Crafting of Narnia (HarperOne, 2008), art books that showcased the illustrative work of the entire design departments behind on King Kong and The Chronicles of Narnia movies, and has provided descriptive copy for movie-based toys and collectibles including The Lord of the Rings and Star Wars. He lives in Wellington with his wife Catherine and two daughters, reveling in his dream career of playing in imaginary worlds every day.
K.M. Rice is a national award-winning screenwriter and author who has worked for both Magic Leap and Weta Workshop. Her first novel, Darkling, is a young adult dark fantasy that now has a companion novel titled The Watcher. Her novella The Wild Frontier is an ode to the American spirit of adventure and seeks to awaken the wildish nature in all of us. Her upcoming Afterworld series is set to debut with the first book, Ophelia. Over the years, her love of storytelling has led to producing and geeking out in various webshows and short films. When not writing or filming, she can be found hiking in the woods, baking, running, and enjoying the company of the many animals on her family ranch in the Santa Cruz Mountains of California.