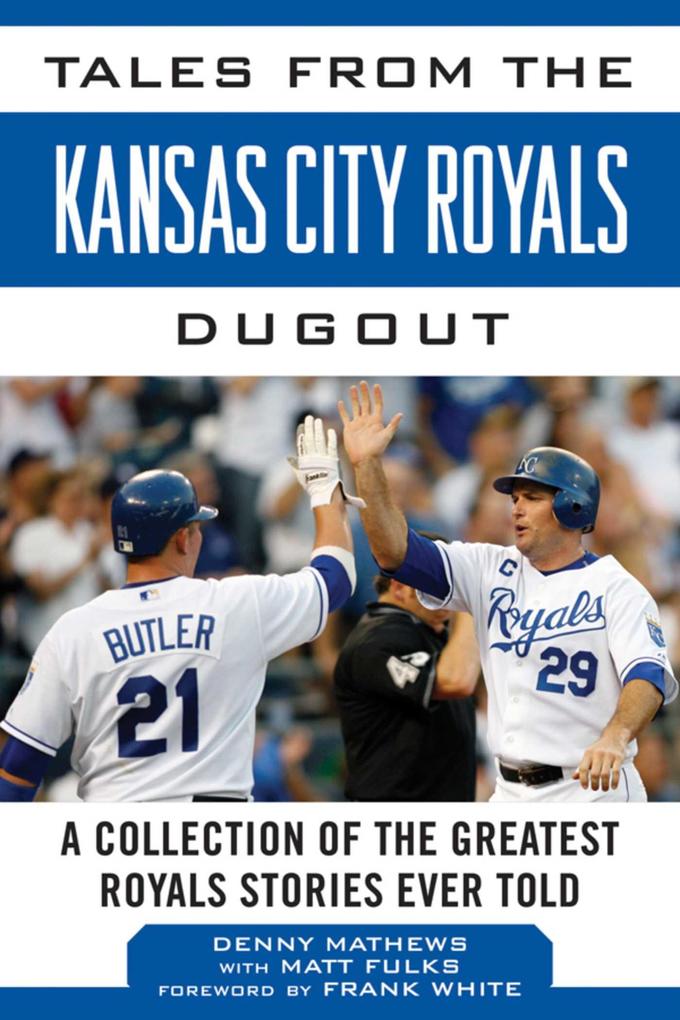 Tales from the Kansas City Royals Dugout: A Collection of the Greatest Royals Stories Ever Told

Amos Otis, Frank White, George Brett, Hal McRae, Dan Quisenberry, Bret Saberhagen, Paul Splittorff--one mention of any of those names can bring about visions of great baseball, determination, and winning. However, one vision outweighs all others: the boys in blue . . . the Kansas City Royals. The Kansas City Royals, an expansion club in the American League in 1969, struggled during their early existence. It didn't take long, however, before the Royals established themselves as one of the most successful franchises in baseball. That success culminated with the winning of the 1985 World Series. Since 1969, the Royals have developed great players who have had fun. Along the way, they also have developed a winning tradition. Although the Royals have received the "small-market" tag in recent years, the organization still boasts a proud heritage. In this reissue of "Tales from the Kansas City Royals Dugout," longtime Royals radio broadcaster Denny Matthews relives the club's great moments and proud tradition. Sit back and enjoy never-before-told anecdotes, including from the team's great rivalries with the New York Yankees and Oakland A's, and from the remarkable players who have helped form the legend of the Kansas City Royals.

Denny Matthews has been with the Kansas City Royals as a radio announcer since the club's first season, 1969. Besides working for the Royals, Matthews has worked games for the CBS Radio Network. After the 2003 season, the Royals selected Matthews for the club's Hall of Fame. Matthews, a 1966 graduate of Illinois Wesleyan, lettered in baseball and football for three years. In 1999, along with Fred White and Matt Fulks, Matthews coauthored "Play by Play: 25 Years of Royals on Radio." Matt Fulks started his journalism career while attending Lipscomb University in Nashville, Tennessee. Since then he has been involved in every form of media, including work with WSMV-TV (Nashville's NBC affiliate), WAKM radio, and the "Review-Appeal" newspaper. Fulks is currently a regular contributor for various publications, including a weekly newspaper column, Behind the Stats, which focuses on inspirational stories from the world of sports. He is also the author or coauthor of six other books, including "Behind the Stats: Tennessee's Coaching Legends" and "Super Bowl Sunday," which he compiled in association with CBS Sports.