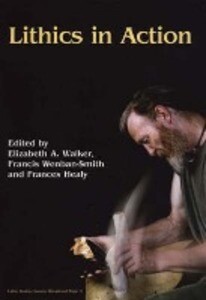 Most of these 28 papers were originally presented at the conference Lithic Studies in the Year 2000 , hosted by the Lithic Studies Society in Cardiff, 2000. The original purpose of the conference was to celebrate the coming of age of the Lithic Studies Society in its twenty-first year, and to consider the state of research and potential new developments in lithic analysis at the beginning of the twenty-first century AD. The papers have been divided into three thematic sections. In the first section, "Behaviour and cognition in the Lower and Middle Palaeolithic", the contributors look at ways to reconstruct past human behaviours and cognitive capabilites from periods when lithic evidence is the primary, and sometimes the only source of evidence. Most focus on undisturbed lithic sites and use the analysis of refitted lithic artefacts to approach questions of technology, taphonomy, and the human use of space. In the second section, "Rocks, residues and use-wear", the contributors are concerned with the study of the original characteristics of rocks from different areas of the earth's surface, the selection of specific raw materials for manufacture into tools, the uses to which these tools were put, and how they were used. In the final section, "After hunter-gatherers", the contributors consider the role of lithics in increasingly complex societies and exchange networks, where lithics form just one strand of evidence among many.

edited by Elizabeth A Walker, Francis Wenban-Smith and Frances Healy