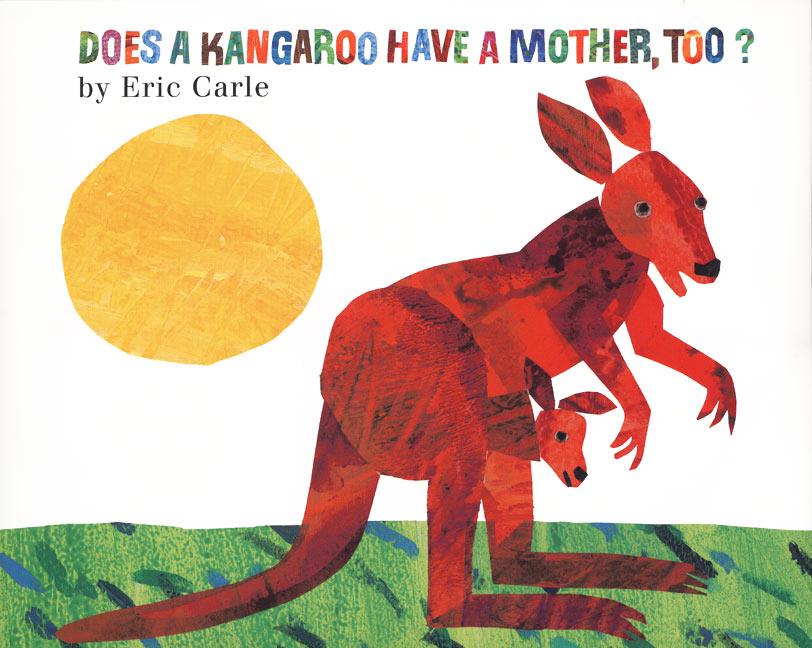 Does a Kangaroo Have a Mother, Too?

Titel: Does a Kangaroo Have a Mother, Too?
Autor/en: Eric Carle

From Eric Carle, the New York Times bestselling author of The Very Hungry Caterpillar and The Grouchy Ladybug, comes a reassuring tale of a mother's love for her child.
Does a Kangaroo Have a Mother, Too? answers curious kids who wonder whether lions, bears, and monkeys have mothers, too. Bright collage illustrations and simple text reinforce the theme that everyone has a mother, and every mother loves her child.
Meet the little joey bouncing in mother kangaroo's pouch. Watch little cubs prance around mother lion. Swim with a baby dolphin calf in the deep blue sea. Eric Carle's classic, colorful collages of baby animals and their mothers will delight and comfort young readers.
Does a Kangaroo Have a Mother, Too? is a warm and approachable book to use in the classroom, to cuddle up reading with a little one, and to give as a baby shower or Mother's Day gift.

Eric Carle is the creator of more than seventy picture books for young readers.
Eric Carle was born in New York, USA. However, when he was just six, he moved with his parents to Germany. In 1952, after graduating from the prestigious Akademie der Bildenden Künste in Stuttgart, he fulfilled his dream of returning to New York.
Eric Carle has received many distinguished awards and honours for his work, including, in 2003, the Laura Ingalls Wilder Award for his lifetime contribution to children's literature and illustration.
In 2002, fifty years after Carle's return to the United States, The Eric Carle Museum of Picture Book Art was opened in Amherst, Massachusetts. Here visitors of all ages can enjoy, in addition to Eric Carle's work, original artwork by other distinguished children's book illustrators from around the world.

Schreiben Sie eine Bewertung für: Does a Kangaroo Have a Mother, Too?