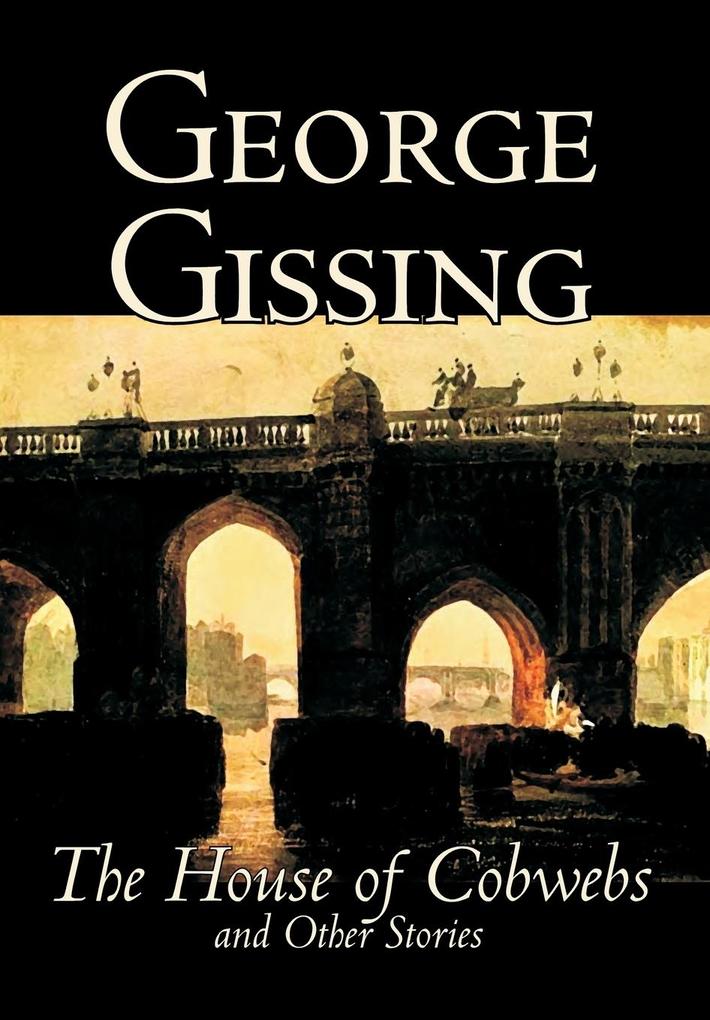 The House of Cobwebs and Other Stories by George Gissing, Fiction, Literary, Classics, Short Stories

von George Gissing
HC gerader Rücken mit Schutzumschlag. Sprache: Englisch.
Buch (gebunden)
The distinctive qualities of Gissing at the time of his setting forth were a scholarly style, rather fastidious and academic in its restraint, and the personal discontent, slightly morbid, of a self-conscious student who finds himself in the position … weiterlesen
Dieser Artikel ist auch verfügbar als:
Geschenk per Mail versenden
Buch (gebunden)

The distinctive qualities of Gissing at the time of his setting forth were a scholarly style, rather fastidious and academic in its restraint, and the personal discontent, slightly morbid, of a self-conscious student who finds himself in the position of a sensitive woman in a crowd. His attitude through life was that of a man who, having set out on his career with the understanding that a second-class ticket is to be provided, allows himself to be unceremoniously hustled into the rough and tumble of a noisy third. Circumstances made him revolt against an anonymous start in life for a refined and educated man under such conditions. They also made him prolific. He shrank from the restraints and humiliations to which the poor and shabbily dressed private tutor is exposed -- revealed to us with a persuasive terseness in the pages of The Unclassed, New Grub Street, Ryecroft, and the story of Topham's Chance. Writing fiction in a garret for a sum sufficient to keep body and soul together for the six months following payment was at any rate better than this. The result was a long series of highly finished novels, written in a style and from a point of view which will always render them dear to the studious and the book-centered. . . .

George Robert Gissing (1857 - 1903) was an English novelist who published 23 novels between 1880 and 1903. Gissing also worked as a teacher and tutor throughout his life. He published his first novel, Workers in the Dawn, in 1880. His best known novels, which are published in modern editions, include The Nether World (1889), New Grub Street (1891), and The Odd Women (1893). According to his pupil Austin Harrison, from 1882 Gissing made a decent living by teaching and tales of his fight with poverty, including some of his own remembrances, were untrue. The issue of his supposed poverty may be explained by Gissing's attitude to teaching, which he felt robbed him of valuable writing time which he limited as much as possible and by poor management of his finances.