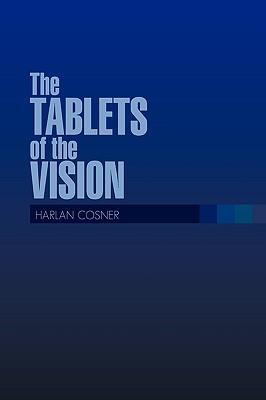 The TABLETS of the VISION

von Harlan Cosner
HC gerader Rücken mit Schutzumschlag. Sprache: Englisch.
Buch (gebunden)
Many books on bible prophecies have been written. Many if not all, present whimsical fairytales as if they are true. These previous books set out the prophetic time fulfillments based upon incorrect calculations. This Book differs greatly from the … weiterlesen
Geschenk per Mail versenden
Buch (gebunden)

Titel: The TABLETS of the VISION
Autor/en: Harlan Cosner

Many books on bible prophecies have been written. Many if not all, present whimsical fairytales as if they are true. These previous books set out the prophetic time fulfillments based upon incorrect calculations. This Book differs greatly from these, as it sets out consistent, accurate, and indisputable facts, that flow from beginning to end of the prophetic vision of God with no time gaps. Many if not all scientists today claim that the years of biblical events do not jive with archaeological evidence. This is unfortunately a correct fallacy, as they use the incorrect numerical calculations. This is a self-help study guide unlike any before it.

Key verses from difficult to understand prophecies, parables, or principles are quoted, mostly from the Webster Bible and a few from the King James Bible Version under the fair use doctrine. These verses contain sections of God's Word that relate to the facts set forth as explanations of the prophecy, parable, or principle so that the fulfillment of the prophecy, meaning of the parable, or the principle can easily be understood. It is requested that you read the verses in the Bible that are written both before and after the given verses, so that a full and complete picture and understanding of God's word can be seen. If you do not understand something, reread the verses and then pray to Jesus that He might give you the wisdom to understand.

In times before Jesus, God's great prophets came unexpectedly and in Israel's greatest arrogance, and disregard for the Most High God. Those times are not so unlike today in America and throughout the world. The Jewish priests and people scorned these great prophets like Isaiah, Ezekiel, Hosea, Daniel, Jeremiah, and Zechariah but they relented not. They went up against the high priests, scribes, and pharisees, as did Jesus, rebuking the priests and their cohorts continually for their perverse and diversely fallacious teachings, pride and holier than though attitudes. The most learned men failed to understand these great and wise men.

Today, few Christian Learned men understand the words of either Jesus or the Prophets. Many of them today form networks of self-proclaimed prophets and minister/pastors claiming to be great men highly blessed of God. Haughty they seem, born of accolades sought, and the quest for vainglory. Seeing not, the many hidden clues in the details of God's word, they still miss truth.

Dealing not with the plagues herein, for as is God "I am what I am", they are what they are. No Christian needs worry of them, lest one of such bother, a false brother he is.

Prophecies of a number of things not yet seen, but already having occurred are covered within the contents of this manuscript shedding light upon such mysteries. The creatures of Ezekiel, the Horses of Zechariah and the Revelation, and the beasts of Daniel, are covered.

Some hidden things of a prophetic or synchronistic nature are also identified and explained. Even untaught prophecies from the Song of Solomon regarding today's time are set forth.

Schreiben Sie eine Bewertung für: The TABLETS of the VISION