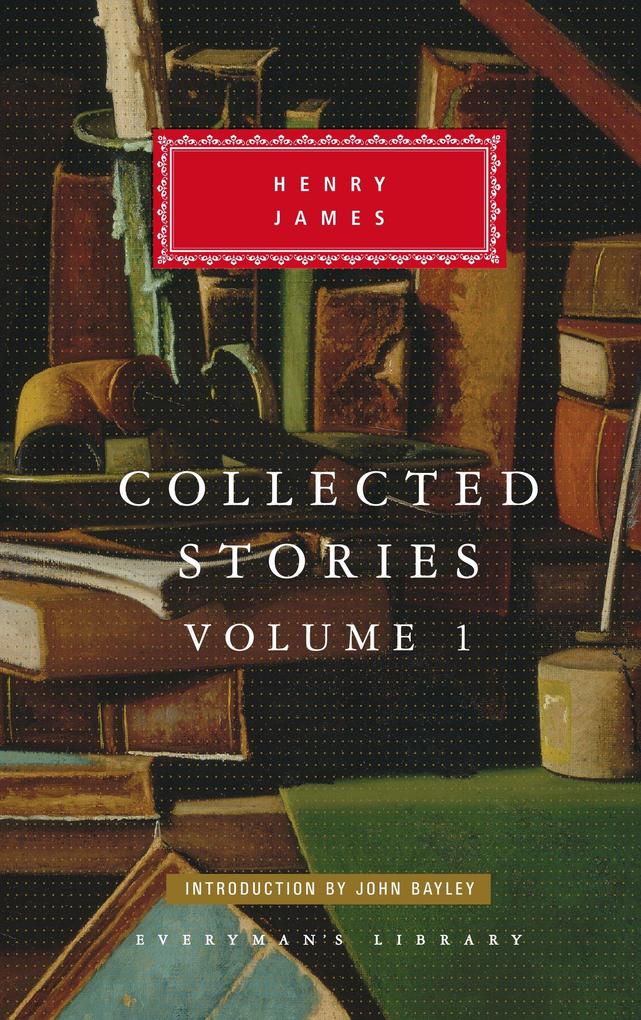 Encompassing a period of almost fifty years, the stories of Henry James represent the most remarkable feat of sustained literary creation in modern times. For sheer richness, variety and intensity, they have no equal in fiction, enabling us to trace the evolution of a great writer in the finest detail. This collection reprints all the major stories together with many unfamiliar but equally intriguing pieces that illuminate their more celebrated companions.

Volume 1 covers the period from 1866 to 1891, the years in which James was evolving and perfecting his art as a storyteller. It includes such well-known masterpieces as "Daisy Miller," 'The Aspern Papers," "The Siege of London," and "The Lesson of the Master," and many other tales in which James established his favorite characters and situations: the American girl in Europe, the solitary observer, the social climber, the literary lion.

A Landscape-Painter
A Light Man
A Passionate Pilgrim
The Madonna of the Future
Madame de Mauves
Benvolio
Daisy Miller: A Study
An International Episode
The Pension Beaurepas
The Point of View
The Siege of London
Lady Barberina
The Author of "Beltraffio"
Louisa Pallant
The Aspern Papers
The Liar
The Lesson of the Master
The Patagonia
The Pupil
The Marriages
The Chaperon
Sir Edmund Orme

Henry James was born on April 15, 1843, on Washington Place in New York to the most intellectually remarkable of American families. His father, Henry James Sr., was a brilliant and eccentric religious philosopher; his brother was one of the first great American psychologists and the author of the influential Pragmatism; his sister, Alice, though an invalid for most of her life, was a talented conversationalist, a lively letter writer, and a witty observer of the art and politics of her time.

In search of the proper education for his children, Henry senior sent them to schools in America, France, Germany, and Switzerland. Returning to America, Henry junior lived in Newport, briefly attended Harvard Law School, and in 1864 began contributing stories and book reviews to magazines. Two more trips to Europe led to his final decision to settle there, first in Paris in 1875, then in London next year.

James's first major novel, Roderick Hudson, appeared in 1875, but it was Daisy Miller (1878) that brought him international fame as the chronicler of American expatriates and their European adventures. His novels include The American (1877), Washington Square (1880),Princess Casamassima (1886), and the three late masterpieces, The Wings of the Dove (1902), The Ambassadors (1903) and The Golden Bowl (1904). He also wrote plays, criticism, autobiography, travel books (including The American Scene, 1907) and some of the finest short stories in the English language.

His later works were little read during his lifetime but have since come to be recognized as forerunners of literary modernism. Upon the outbreak of World War I, James threw his energies into war relief work and decided to adopt British citizenship. One month before his death in 1916, he received the Order of Merit from King George V.