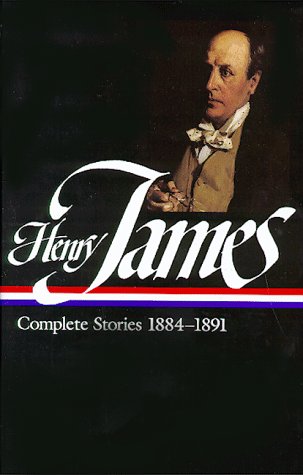 Sometimes overshadowed by his work as a novelist, Henry James's short fiction is an astonishing achievement, a triumph of inventiveness and restless curiosity. This Library of America volume (the third of five volumes devoted to his short fiction) includes among its seventeen stories some of James's greatest masterpieces.

"The Aspern Papers" is a stunning novella about emotional ruthlessness in the service of literary scholarship. "The Pupil" is a densely suggestive account of the moral perplexities underlying the relationship between an impoverished tutor and a young invalid. "The Lesson of the Master" is an intricate study of ambition, disappointment, and the demands of a life devoted to art. "Brooksmith" is a moving portrait of a house servant and "Sir Edmund Orme" is an enthralling ghost story.

In "The Liar," a painter attempts to force a former love to admit that her present husband is a pathological liar; in "The Patagonia," a young man cavalierly flirts with a young woman en route to her wedding in England, with disastrous consequences.

More than half the stories within this volume are available in no other edition.

Henry James (1843-1916), born in New York City, was the son of noted religious philosopher Henry James, Sr., and brother of eminent psychologist and philosopher William James. He spent his early life in America and studied in Geneva, London and Paris during his adolescence to gain the worldly experience so prized by his father. He lived in Newport, went briefly to Harvard Law School, and in 1864 began to contribute both criticism and tales to magazines.In 1869, and then in 1872-74, he paid visits to Europe and began his first novel, Roderick Hudson. Late in 1875 he settled in Paris, where he met Turgenev, Flaubert, and Zola, and wrote The American (1877). In December 1876 he moved to London, where two years later he achieved international fame with Daisy Miller. Other famous works include Washington Square (1880), The Portrait of a Lady (1881), The Princess Casamassima (1886), The Aspern Papers (1888), The Turn of the Screw (1898), and three large novels of the new century, The Wings of the Dove (1902), The Ambassadors (1903) and The Golden Bowl (1904). In 1905 he revisited the United States and wrote The American Scene (1907).
During his career he also wrote many works of criticism and travel. Although old and ailing, he threw himself into war work in 1914, and in 1915, a few months before his death, he became a British subject. In 1916 King George V conferred the Order of Merit on him. He died in London in February 1916.