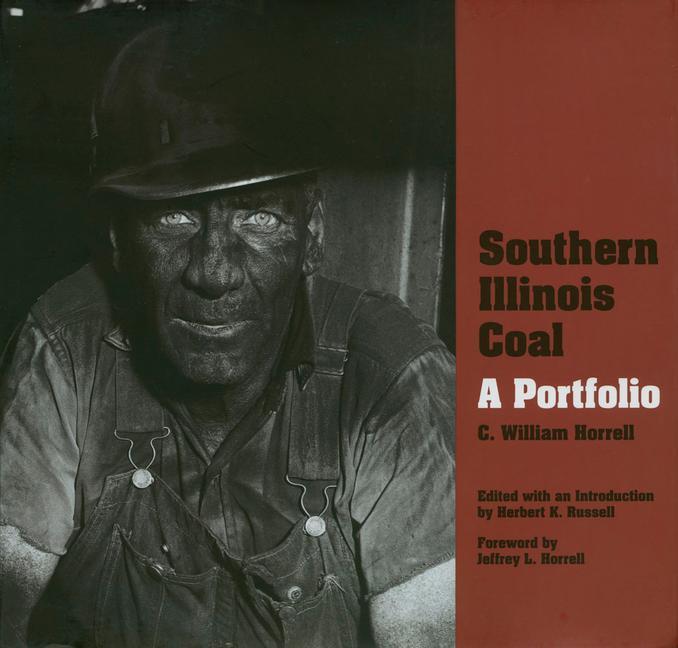 Horrell's photographs do much to capture the varied phenomena of twentieth-century coal mining technology: the awesome scale of surface mining machines and their impact on the land; the highly specialized equipment necessary in "low coal" mining; and the advent of continuous miners, machines that now dominate underground or "deep" mines and help define coal mining today. The continuous miner markedly changed the methods of coal's extraction, leaving the photographer with an entirely new set of images to consider. No longer was it necessary to mine coal with the laborious time-honored four-step process. The use of the continuous miner merged the four steps into one by ripping coal from the seam and passing it along a conveyer past the operator into a waiting shuttle car which carried it to a coal car or moving conveyer belt that hauled it out of the mine. The continuous miner eliminated some of the more hazardous aspects of mining and, consequently, many of the more dangerous jobs. Horrell was also intrigued by the related activities of mining, including coal's processing, cleaning, and transportation, as well as the daily, behind-the-scenes operations that keep mines and miners working. His photographs reflect the found beauty of the commonplace - the clothes of the miners, their dinner pails, and their tools. Horrell's pictures reveal the picturesque remnants of closed mines; the weathered boards of company houses; the imposing iron beauty of an ancient tipple; the grassy sidewalks of an old coal town; an abandoned building against the lowering sky of an approaching storm. Finally, his portraits of coal miners, such as the widely published Black-Faced Miner, show the strength, dignity, and enduring spirit of the men and women who work in southern Illinois coal fields.

C. William Horrell, 1918-1989, began his teaching career at Southern Illinois University in 1949, where he was instrumental in establishing the Department of Cinema and Photography. During Horrell's lifetime, his photographs appeared in many major metropolitan newspapers and a variety of popular and specialty magazines, including "Life, Pic, Youth, "and "Friends."Herbert K. Russell compiled the photographs that make up "A Southern Illinois Album: Farm Security Administration Photographs, 1936-1943."