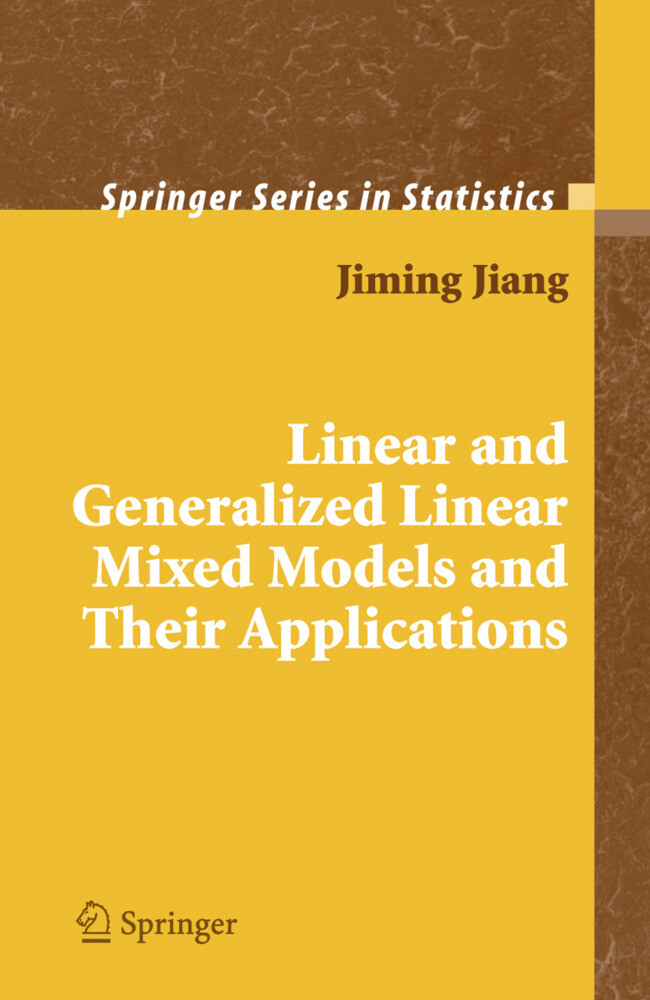 Linear and Generalized Linear Mixed Models and Their Applications

From the reviews:
"This book is an up to date description of linear mixed models, LMM, and generalized linear mixed models, GLMM. The material is complete enough to cover a course in a Ph.D. program in statistics. The contribution of this book is that of pointing and developing the inference and estimation issues for non-Gaussion LMMs." (Nicoleta Breaz, Zentrablatt MATH, 2009, 1152)
"The book deals with Gaussian and non-Gaussian linear mixed models. ... This book is suitable for a course in statistics at the MSc level ... . This book contains many examples, exercises and some useful appendices, making it suitable for use in statistics courses. ... The book has a nice lay-out and the index make it easy to jump to a topic of interest. ... A nice feature of the book are the many real-life data examples." (M. Moerbeek, Kwantitatieve Methoden, August, 2007)
"This book, which has grown out of the author's research on this area, deserves close attention. It provides a good reference source for an advanced graduate course and would prove useful for research workers who wish to learn about theoretical developments in this area...[T]his book will be a useful source for obtaining the theoreteical skills required for further developments in this area." (Youngjo Lee, Biometrics, December 2007)
"As noted by the author, there have been many new developments in mixed effects models in the past decade. This volume is intended to provide an up-to-date treatment of both theory and methods. ... it is full of important results and examples, including significant contributions by the author to the treatment of mixed effects models. As a textbook, it is aimed at MS students in statistics, but includes supplementary material more suitable for PhD candidates. ... be useful as such for many GLMM users." (Donald E. Myers, Technometrics, Vol. 50 (1), 2008)
"The book under review covers both LMMs and GLMMs and offers an up-to-date account of theory and methods in the analysis of the models as well as their applications in biological and the medical research, animal and human genetics, and small area estimation. The examples of applications appear near the end of each chapter. ... The book is aimed at students, researchers and other practitioners who are interested in using mixed models for statistical data analysis." (Alexander G. Kukush, Mathematical Reviews, Issue 2007 m)
"Jiming Jiang's book on mixed models covers a lot of material in surprisingly few pages. ... On the whole, it is a rather technical book, both in terms of the mathematical level and in terms of notation ... . Undoubtedly there is a lot one may learn from the book ... . useful for the professional who wishes to know more about the technical results of the topic ... ." (Søren Feodor Nielsen, Journal of Applied Statistics, Vol. 35 (4), 2008)