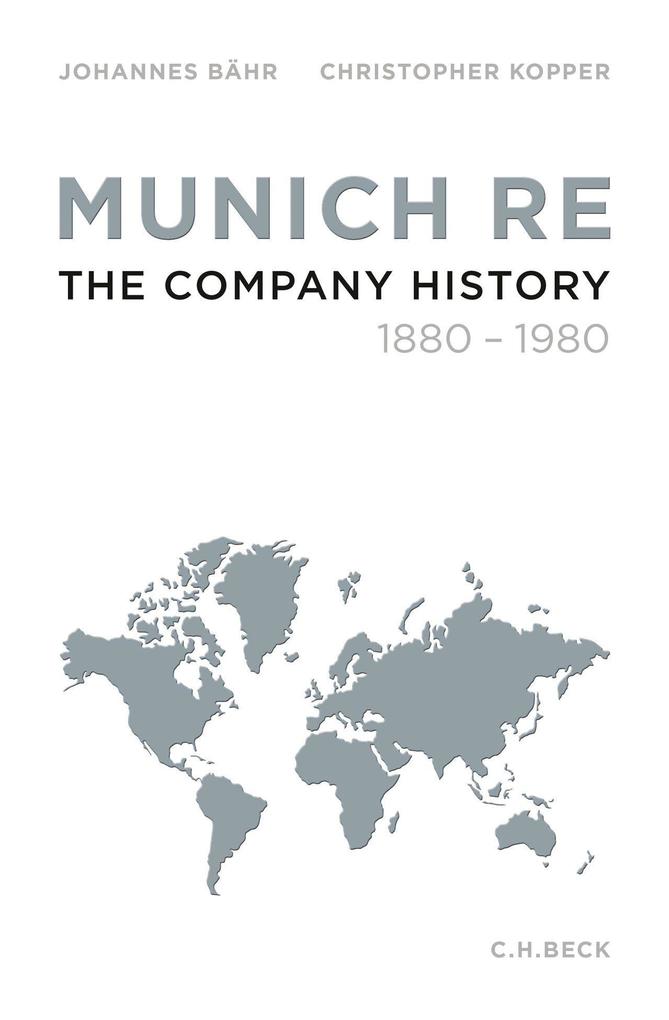 von Johannes Bähr, Christopher Kopper
Sprache: Englisch.
Buch (gebunden)
"Reinsurance has to be international in accordance with its nature." This is the well-known viewpoint of Carl von Thieme, one of the founders of Munich Re, who also served as its general director for many years. Thus, it was not a coincidence that th … weiterlesen
Dieser Artikel ist auch verfügbar als:
Geschenk per Mail versenden
Buch (gebunden)

"Reinsurance has to be international in accordance with its nature." This is the well-known viewpoint of Carl von Thieme, one of the founders of Munich Re, who also served as its general director for many years. Thus, it was not a coincidence that the company rose to become the world market leader rather quickly after its founding in 1880. In the following period, Munich Re stayed on top or was occasionally second to Swiss Re. Nonetheless, the broader public does not know much about the company. Johannes Bähr and Christopher Kopper now present the first history of the reinsurer from its beginnings into the 1980s.Few companies have risen to become world market leaders as quickly as Munich Re, and only the fewest have succeeded in remaining at the top of the world market for as long. The company s history reveals how insurers reacted to major catastrophes and technological shifts. Without sharing risks with reinsurers, countless direct insurers would not have survived the economic consequences of major natural catastrophes and would have been forced into bankruptcy by the weight of their payment obligations. Consequently, reinsurers even made coverage for some risks possible in the first place. Yet Munich Re itself also repeatedly contributed to the introduction of new segments of insurance, such as in the case of machine insurance or high-risk life insurance. Thus, the history of this pioneer of globalization is, at the same time, a history of dealing with risks and managing the distribution of risk. Last but not least, it is also the history of a German company that profited from the National Socialist dictatorship and, with great effort, had to find its way back into the world market after the two world wars.

2. The Beginnings of Reinsurance: The Long Path to Equality

The Rise of a New Kind of Reinsurer

"The Founding of a Casualty Firm along with Our Reinsurance Company": How Allianz Versicherungs-AG Came into Being

4. Conquering the World Market and the Earthquake of San Francisco
Business Dealings and Investments in Russia, Great Britain, and the U.S.

The Earthquake of San Francisco and Other Major Losses

5. Munich Re before the First World War
Employees and Management

6. The First World War and the Restructuring of the World Market

7. Banned from the World Market: Th e Development of the Corporation in Central Europe during the Infl ation Period

8. "Insurance Has Its Own Economy": Munich Re in the Great Depression

9. The National Socialist Takeover and Munich Re: Business Development, Political Ties, and Management

10. Munich Re in the Economy of the Th ird Reich: Business Policy, Foreign Currency Restrictions, and Participation in Financing Armaments

11. Foreign Business, Foreign Investments, and the Expectation of War
Relations to Swiss Re under the Conditions of Foreign Exchange Control

The Phönix Scandal and Its Consequences

Disguises and Expectations of War

12. Occupation Rule and the War Economy: Munich Re in the Europe of the Third Reich
"Prudent Cooperation"? The Company's Involvement in Vienna, Prague, and Southeastern Europe

The Group Companies in Occupied Poland

The Hub of Masked Business and Window to the World: Union Rück in Zurich

14. Finding a Way Back into the International Reinsurance Market

15. Rebuilding the Capital Basis: Munich Re and the Consequences of the Currency Reform

18. The Progress of Globalization in the Reinsurance Business

19. The Crises of the 1970s and the Challenges of Modern Risk Management