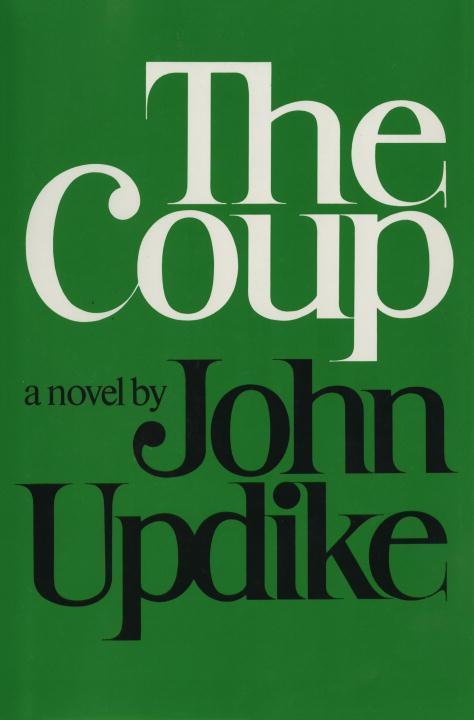 The Coup describes violent events in the imaginary African nation of Kush, a large, landlocked, drought-ridden, sub-Saharan country led by Colonel Hakim Félix Ellelloû. ("A leader," writes Colonel Ellelloû, "is one who, out of madness or goodness, takes upon himself the woe of a people. There are few men so foolish.") Colonel Ellelloû has four wives, a silver Mercedes, and a fanatic aversion-cultural, ideological, and personal-to the United States. But the U.S. keeps creeping into Kush, and the repercussions of this incursion constitute the events of the novel. Colonel Ellelloû tells his own story-always elegantly, and often in the third person-from an undisclosed location in the South of France.

John Updike was born in Shillington, Pennsylvania, in 1932. He graduated from Harvard College in 1954 and spent a year in Oxford, England, at the Ruskin School of Drawing and Fine Art. From 1955 to 1957 he was a member of the staff of The New Yorker. His novels have won the Pulitzer Prize, the National Book Award, the National Book Critics Circle Award, the Rosenthal Foundation Award, and the William Dean Howells Medal. In 2007 he received the Gold Medal for Fiction from the American Academy of Arts and Letters. John Updike died in January 2009.