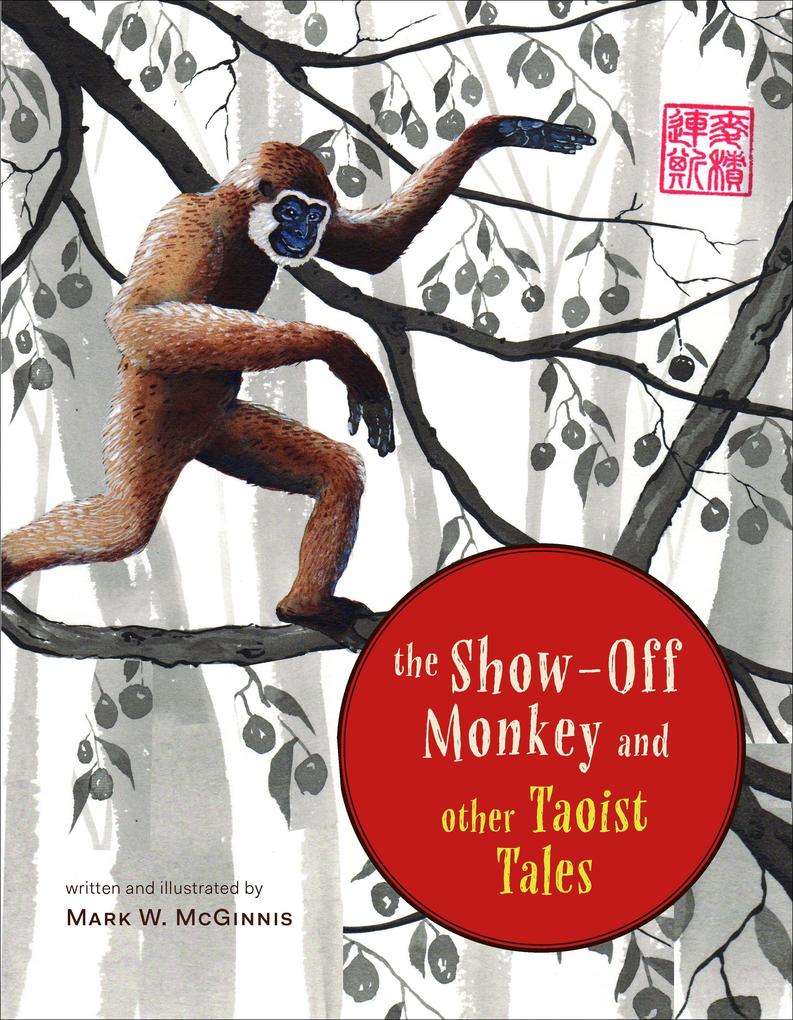 The Show-Off Monkey And Other Taoist Tales

"If we are true to who we are, we will naturally find what is right."
"Beauty is in the eyes an … weiterlesen

"If we are true to who we are, we will naturally find what is right."
"Beauty is in the eyes and mind of the beholder."
"What is good in life is not always obvious."

These morals are inspired by the teachings Taoist philosopher Chuang Tzu (fourth century b.c.e.), who through charming and sometimes cryptic fables explained to his students the qualities of humility, modesty, simplicity, acceptance, and contentment. In "The Sea Turtle and the Frog," two creatures share their unique perspective on the world. "The Happy Fish" offers a reflection on what makes for a good leader. And "The White Peacock" demonstrates the virtues of a simple life rather than one adorned with material riches.

Beautifully illustrated in the traditional Asian style by artist Mark McGinnis, this book collects thirty-three of these traditional Taoist wisdom tales that will teach readers young and old about the Taoist view of living in harmony with the natural world.

Mark W. McGinnis is an artist and writer. He was a professor of art for thirty years at Northern State University in Aberdeen, South Dakota. He now resides in Boise, Idaho, and his primary media are acrylic and black ink. His interdisciplinary approach to art in the past has included paintings, artist's books, sculpture, printmaking, installation, video, performance, essays, and interviews. The research orientation of his work has led to projects of exploration and inquiry into a range of subjects including the extinction of species, the Snake River Basin, the literature of India and Japan, world religions, religious elders, economic evolution, foreign policy, nuclear weaponry, Native American history, and explorers of the "New World." His projects have been shown in more than 120 solo exhibitions.