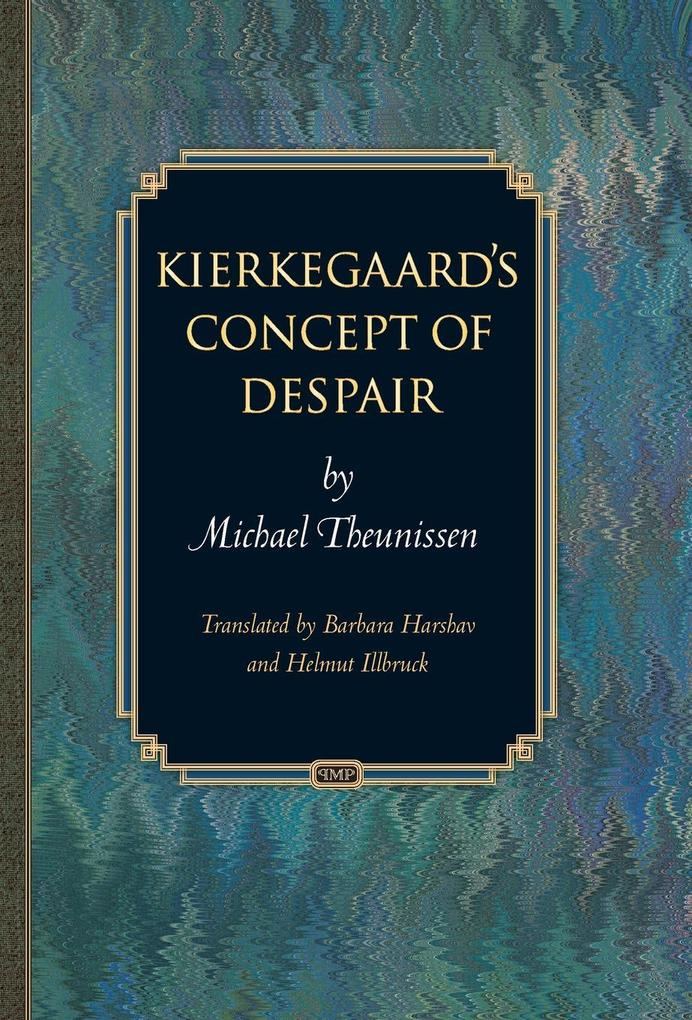 12% Rabatt³ sichern mit Gutscheincode: MAI12
​
The literature on Kierkegaard is often content to paraphrase. By contrast, Michael Theunissen articulates one of Kierkegaard's central ideas, his theory of despair, in a detailed and comprehensible manner and confronts it with alternatives. Understan … weiterlesen
Dieser Artikel ist auch verfügbar als:
Geschenk per Mail versenden
Buch (gebunden)

The literature on Kierkegaard is often content to paraphrase. By contrast, Michael Theunissen articulates one of Kierkegaard's central ideas, his theory of despair, in a detailed and comprehensible manner and confronts it with alternatives. Understanding what Kierkegaard wrote on despair is vital not only because it illuminates his thought as a whole, but because his account of despair in The Sickness unto Death is the cornerstone of existentialism. Theunissen's book, published in German in 1993, is widely regarded as the best treatment of the subject in any language. Kierkegaard's Concept of Despair is also one of the few works on Kierkegaard that bridge the gap between the Continental and analytic traditions in philosophy.

Theunissen argues that for Kierkegaard, the fundamental characteristic of despair is the desire of the self "not to be what it is." He sorts through the apparently chaotic text of The Sickness unto Death to explain what Kierkegaard meant by the "self," how and why individuals want to flee their selves, and how he believed they could reconnect with their selves. According to Theunissen, Kierkegaard thought that individuals in despair seek to deny their authentic selves to flee particular aspects of their character, their past, or the world, or in order to deny their "mission." In addition to articulating and evaluating Kierkegaard's concept of despair, Theunissen relates Kierkegaard's ideas to those of Heidegger, Sartre, and other twentieth-century philosophers.

"This is the first book to undertake a sustained, straightforward, analytically rigorous reconstruction of a central pillar of Kierkegaard's thought, his understanding of despair. It provides an extremely useful framework for future analytic work on Kierkegaard. What Theunissen seeks to do is precisely the kind of project Kierkegaard scholars ought to be undertaking. The book will be of great interest to philosophers, theologians, and intellectual historians who are interested in existentialism, Christian thought, and ethical theory more generally." - Frederick Neuhouser, Barnard College, Columbia University, author of Actualizing Freedom: Foundations of Hegel's Social Theory"