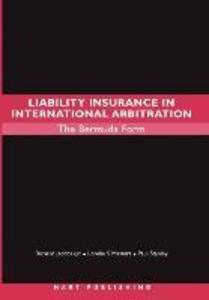 This is a book which will be invaluable to those who purchase Bermuda Form insurance, their lawyers, and arbitrators involved in disputes arising therefrom.

1 Legal and economic background to the Bermuda form; 2 New York law applied in a London arbitration: the legal consequence; 3 The Bermuda Form: its basic structure; 4 The coverage clause (Clause 1); 5 The occurrence definition; 6 Fortuities,expected and intended and the maintenance deductible; 7 Notice of Occurrence; 8 The Limits of Liability Clause (Clause 2); 9 The Exclusions (Clause 4). 10 The Conditions (Clause 5/ 6); 11 Misrepresentation and Non-Disclosure; 12 Waiver, estoppel and reservation of rights; 13 The course and conduct of a London arbitration: English and American cultural differences; 14 Discovery, privilege and waiver of privilege; Appendix 1 Pro-forma documents: notice of occurrence, and notice of commencement of arbitration; Appendix 2 Copies of the policy forms used over the years by Bermuda insurers, ACE and XL

It's exciting to find something entirely new and innovativeThe authors have pioneered into an untrod regionThe book has a playful, spirited quality one does not often see in an insurance treatiseits distinguished authors have managed not only to keep the tone fresh and bright but also to pack in a lot of helpful information. Helen Anne Boyer The Insurance Coverage Law Bulletin March 2005