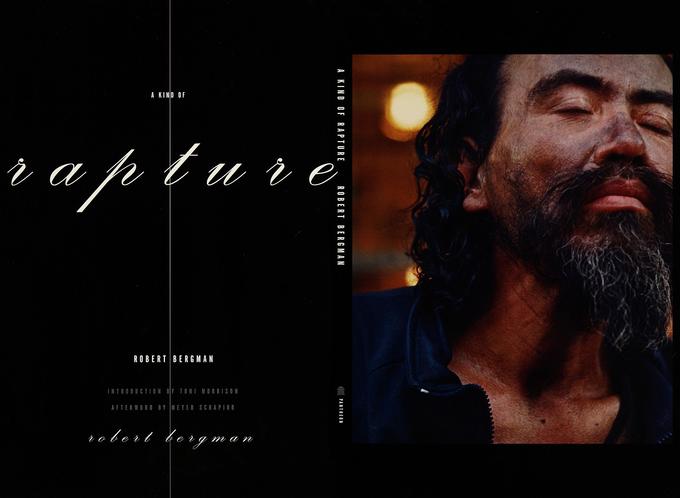 A Kind of Rapture

von Robert Bergman
Sprache: Englisch.
Buch (gebunden)
For more than ten years, Robert Bergman-a brilliant artist who has purposefully withheld himself from the mainstream-traveled by car with two friends, for months at a time, throughout the Rust Belt (Chicago, Detroit, Pittsburgh, Gary) and the East Co … weiterlesen
Geschenk per Mail versenden
Buch (gebunden)

For more than ten years, Robert Bergman-a brilliant artist who has purposefully withheld himself from the mainstream-traveled by car with two friends, for months at a time, throughout the Rust Belt (Chicago, Detroit, Pittsburgh, Gary) and the East Coast, taking color pictures of everyday people who moved him profoundly. Even as he used a simple 35-mm camera, amateur film, no tripod, and no special lighting, his was a monumental, Whitmanesque project: to document the physical appearance and spirit of Americans, and to gauge the climate of our times.

A Kind of Rapture, which is certain to be a classic work of photography, brings together the first selection from Bergman's epic enterprise. Having taken, developed, and printed his own pictures since the age of five, Bergman has now, for A Kind of Rapture, created his own color separations, using high-resolution digital equipment, in an effort to exercise more control over the quality of reproduction than photographers have ever had. Bergman and his colleagues have helped define a new paradigm for art-book publishing-each and every image in this book is extraordinary for its fidelity to the artistic sensibility that informs its original print.

ROBERT BERGMAN (b. 1944, New Orleans) is an American-born photographer who spent ten years traveling the country and taking photographs of Americans from all walks of life. His first two solo exhibitions were at the National Gallery of Art, Washington, D.C. and PS1 MOMA. Bergman divides his time between Minnesota and New York City.


"Every now and then, the art world offers up an unlikely story, and Robert Bergman's is one of them. He was born in New Orleans and raised mostly in Minneapolis. He began taking and developing snapshots at age 6, and save for a few teenage years he has strived to be a great photographer-artist ever since. But he has remained an out-of-step one, isolated from contemporary tastes, a cult figure to the few who have seen his work in person or in a 1998 book. The 65-year-old photographer went his own way over the past four decades, never selling a work until two years ago, but he nevertheless is about to burst onto the scene with two museum exhibitions, and next month he will have his first show at a commercial gallery, Yossi Milo in Chelsea, New York City."
-Judith H. Dobrzynski, The Wall Street Journal