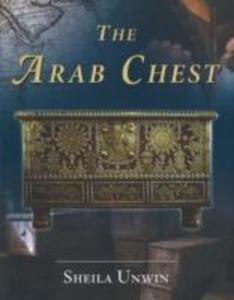 14% Rabatt sichern mit Gutscheincode: LIEBE14
​
This is the first exhaustive study of a piece of furniture that has been used in the Arab world for centuries, and on the East African coast since the early 1800s. The Arab chest caught the attention of expatriates and travellers throughout these reg … weiterlesen
Geschenk per Mail versenden
Buch (gebunden)

This is the first exhaustive study of a piece of furniture that has been used in the Arab world for centuries, and on the East African coast since the early 1800s. The Arab chest caught the attention of expatriates and travellers throughout these regions, and by the mid-20th century it had become a collector's item in the West. The author, Sheila Unwin, first came across the chests in East Africa in the early l950s. Since then she has been determined to discover their provenance and unravel their stylistic origins. This journey of detection is reflected in her historical overviews, which cover the early Arab trading networks, Arabs and Persians in East Africa, the Gulf and Oman, the Mughals in India, and the early explorations and trading expeditions of the Portuguese, Dutch and British from East Africa to the Far East. Her study of these enables her to trace the cultural influences that have combined to produce the chests, and to chart their complex origins. More than a historical survey, the book is also a guide to the classification, care and cleaning of chests. It is lavishly illustrated with archive and contemporary photographs and maps, while line drawings demonstrate the differences in classification and type of chests and fittings. Owners of these fine pieces will find this an invaluable companion and resource. Sheila Unwin greatly enriches our appreciation of an artefact which can now be seen, in the light of her research, as a fascinating embodiment of the old Indian Ocean trading network.

"This volume fills a critical gap in the understanding of the many varieties of brass-bound and decorated chest made in the lands that border the Indian Ocean...Unwin's book is the result of life-long research that for the first time allows collectors and scholars alike to understand both the features of the individual schools of production as well as the broader context for the manufacture and use of such pieces...Written in an engaging and lucid manner and richly illustrated...this book is essential [for] anyone interested in furniture and in the material culture of the Indian Ocean world." - Amin Jaffer, Asian Affairs, July 2008 "This book is a treasure...The fruit of a lifetime of research and travel...[it] is an invaluable guide, but much more than a collector's guidebook...It] is lavishly illustrated and will appeal to the armchair traveller as well as to the collector. The pleasure of reading it is enhanced by the fine quality of the printing and paper, not to mention the skilful editing - Werner Daum, British-Yemeni Society Journal, 2007 "This is a highly original book, beautifully illustrated, whose material has come entirely from visual and oral sources...Highly recommended." - Rosie Llewellyn-Jones, Chowkidar, Autumn 2007 "The Arab Chest falls into a stimulating category of book that looks at the whole cultural and commercial world of the western Indian Ocean...All [the types of chest] are described in detail, finely illustrated with colour photographs and drawings; in fact I would comment the book for its excellent design." - Sarah Searight, Bulletin of the Society for Arabian Studies, 2007 "This enchanting book is required reading for anyone lucky enough to possess one of these chests." - Christopher MacRae, The Overseas Pensioner, April 2007