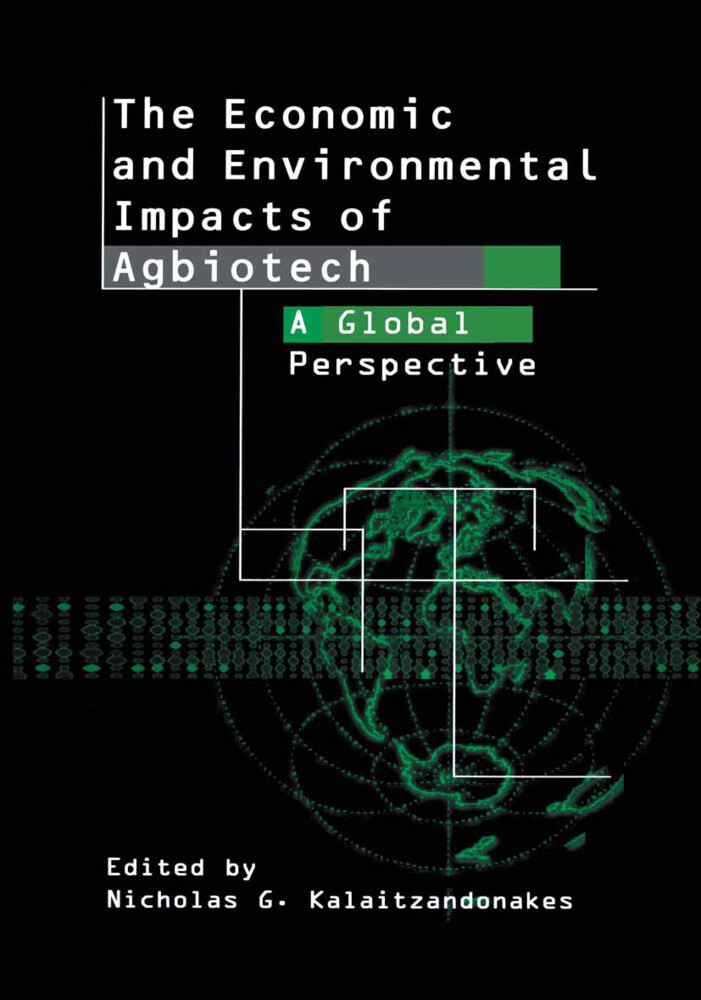 The Economic and Environmental Impacts of Agbiotech

A Global Perspective. Auflage 2003. HC runder Rücken kaschiert. Sprache: Englisch.
Buch (gebunden)
After almost fifteen years in the laboratory and in the test plots, bioengineered crops arrived to the market in the mid-1990s. Adoption was rapid and wide­ spread. In 1996, less than 4 million acres in six countries were planted with bioengineered c … weiterlesen
Geschenk per Mail versenden
Buch (gebunden)

Titel: The Economic and Environmental Impacts of Agbiotech

After almost fifteen years in the laboratory and in the test plots, bioengineered crops arrived to the market in the mid-1990s. Adoption was rapid and wide­ spread. In 1996, less than 4 million acres in six countries were planted with bioengineered crops. By 2001, worldwide adoption had expanded to more than 115 million acres. Important questions quickly followed. What were the factors driving the widespread adoption and rapid diffusion of these first-generation agrobiotech­ nologies? What were their economic and environmental impacts? How were such impacts distributed among large and small producers, innovators and adopters, developed and developing countries, exporters and importers, domestic and foreign consumers? How were such impacts and their distribu­ tion affected by market structure and government policies? A growing body of literature has provided valuable answers to some of these questions. However, an assessment that accounts for the full range of differences in geography, weather, pests, farm structures, and institutions had not been completed. It brings together leading This book provides just such an assessment. authors from around the world who have analyzed the production, environ­ mental, and economic impacts of first-generation crop biotechnologies. By pooling experiences across various countries, time periods, crops, and traits, this global panel is able to synthesize a complete picture of the impacts of first-generation crop biotechnologies.

Dr. Nicholas Kalaitzandonakes is the Editor of AgBioForum, as well as an editorial board member for several other related academic journals. As an active consultant and educator he has worked with the US and other international public organizations, industry organizations, and agrifood companies on biotechnology strategy. Dr. Kalaitzandonakes is a Professor of Agribusiness and the Director of the Economics and Management of Agrobiotechnology Center (EMAC) at the University of Missouri-Columbia, where he teaches management and strategy of innovation and biotechnology. He received his BS in Agricultural Economics from the University of Athens and his MS and Ph.D. in Agricultural Economics from the University of Florida.

"Utilizing a diversity of study design, 16 papers explore the production, environmental, and economic impacts of introduction of "first-generation" biotechnology into agriculture. Focusing on the impacts of insect resistant (IR) and herbicide tolerant (HT) technologies in the production of corn, soybeans, cotton, and canola in countries around the world, the studies look at microlevel and aggregate economic impacts, explore environmental results (focusing largely on decreased use of pesticides), and look for links between the two. The general conclusions are largely positive, indicating improved environmental results and greater benefits for small farmers in developing countries, however many important questions remain to be addressed."
(Book News, Inc.®, Portland, OR)
"This is an extremely useful and informative volume that should play an important role in informing the debate on the commercial release of GM varieties in Europe and elsewhere, where the potential benefits are yet to be realized."
(Susannah Bolton, Rothamsted Research, Hertfordshire, UK)