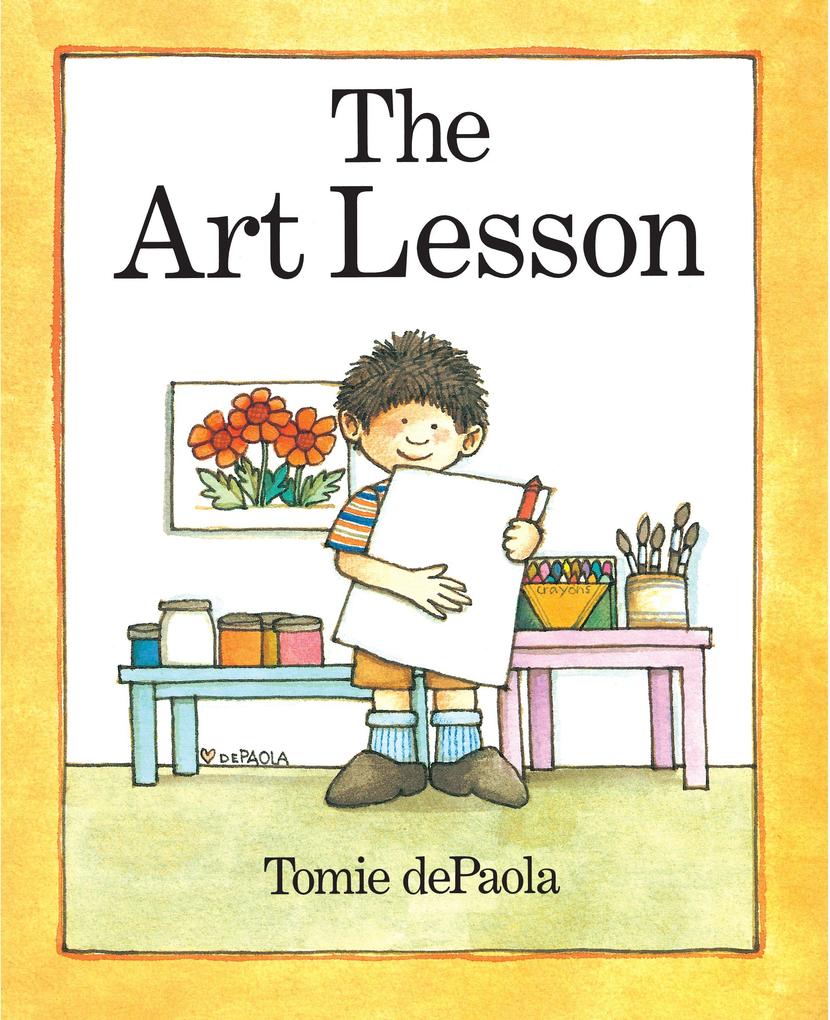 von Tomie Depaola
Empfohlen von 2 bis 5 Jahren. Sprache: Englisch.
Buch (gebunden)
Tommy knows he wants to be an artist when he grows up. He can't wait to get to school and have real art lessons. When Tommy gets to school and finds out that the art lessons are full of "rules", he is surprised and dismayed. How the wise art teacher … weiterlesen
Geschenk per Mail versenden
Buch (gebunden)

Tommy knows he wants to be an artist when he grows up. He can't wait to get to school and have real art lessons. When Tommy gets to school and finds out that the art lessons are full of "rules", he is surprised and dismayed. How the wise art teacher finds a way to give Tommy the freedom to create and stay within the "rules" makes a wonderfully perceptive picture book about growing up and keeping one's individuality.

Tomie dePaola is the author and illustrator of many beloved books for children, including the Caldecott Honor Book Strega Nona. Fans of all ages will be pleased to hear that The Art Lesson is, in fact, based on the artist's own experiences growing up, and offers a welcome glimpse into his past. This bright picture book is as covered with drawings as the walls of Tommy's parents' and grandparents' houses, and sends an inspirational message to budding artists and individualists. Break out the crayons!