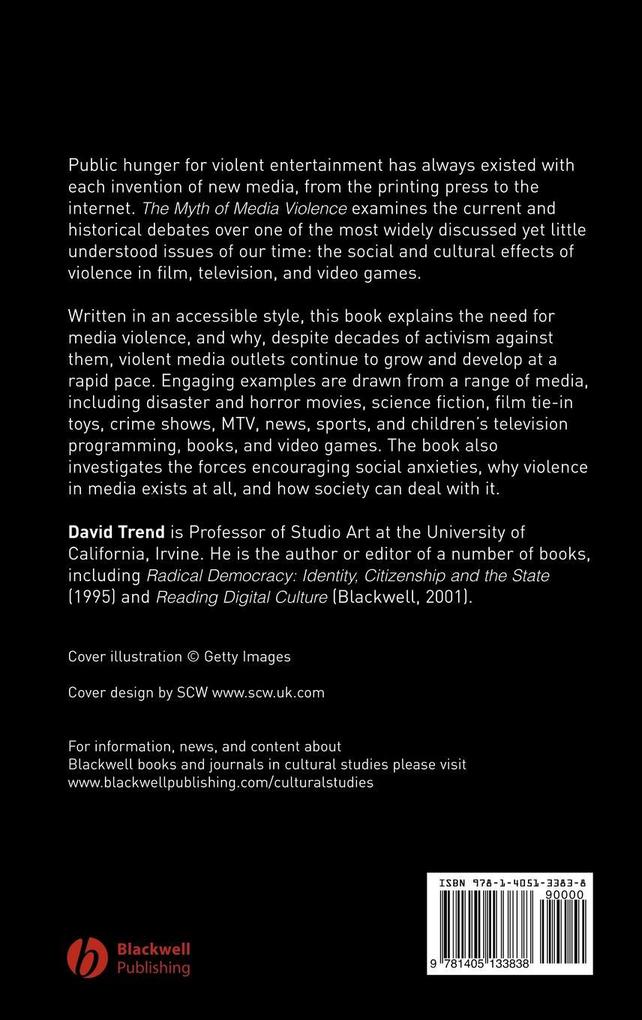 "The Myth of Media Violence: A Critical Introduction" assesses the current and historical debates over violence in film, television, and video games; extends the conversation beyond simple condemnation or support; and addresses a diverse range of issues and influences.
Looks at the chronology of contemporary media violence, and explores reservations over communications medias throughout history.
Examines the forces behind the encouraged anxieties about media violence.
Uses examples drawn from a range of media, including disaster and horror movies, science fiction, film tie-in toys, crime shows, MTV, news, sports, and children's television programming, books and video games.
Includes a closing chapter about why media violence exists as it does in our culture, and what we can do about it.

David Trend is Professor of Studio Art at the University of California, Irvine. He is the author or editor of a number of books, including Radical Democracy: Identity, Citizenship and the State (1995) and Reading Digital Culture (Blackwell, 2001).

"Trend does a nice job examining the historical discussions of media violence and how research has become inseparable...written well and is a pleasure to read." PsycCritiques