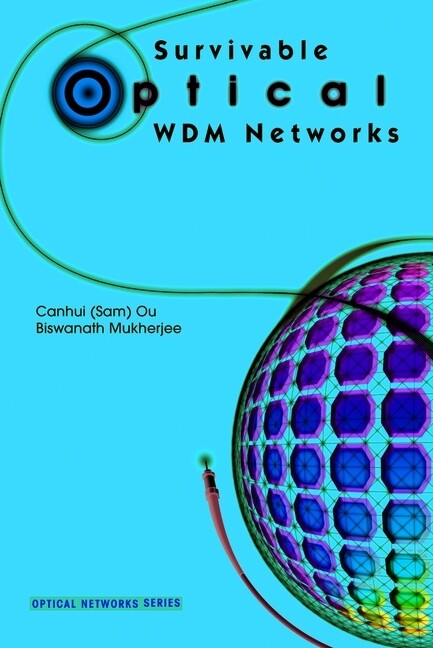 von Biswanath Mukherjee, Canhui (Sam) Ou
Auflage 2005. Paperback. Sprache: Englisch.
Buch (kartoniert)
This book investigates different approaches for designing and operating an optical network with the objectives that (1) more connections can be carried by a given network, leading to more revenue, and (2) connections can recover faster in case of fai … weiterlesen
Geschenk per Mail versenden
Buch (kartoniert)

Canhui (Sam) Ou received a Ph.D. degree from the University of California, Davis, in 2004. His technical interests include WDM networks, MPLS, optical Ethernet, and FTTx. He is a Principal Member of Technical Staff at SBC Communications, Inc. He worked at Sprint Advanced Technology Laboratories and Fujitsu Laboratories of America as an intern.Biswanath Mukherjee received a Ph.D. degree from University of Washington, Seattle, in 1987. In 1987, he joined the University of California, Davis, where he has been Professor of computer science since 1995, and served as Chairman of computer science during 1997-2000. He is author of Optical Communication Networks book. He is a Member of the Board of Directors of IPLocks, a Silicon Valley startup company. He has consulted for and served on the Technical Advisory Board of a number of startup companies in optical networking. His research interests include lightwave networks, network security, and wireless networks. Dr. Mukherjee is winner of the 2004 Distinguished Graduate Mentoring Award from UC Davis. He serves or has served on the Editorial Boards of the IEEE/ACM Transactions on Networking, IEEE Network, ACM/Baltzer Wireless Networks (WINET), Photonic Network Communications, and others. He also served as Editor-at-Large for optical networking and communications for the IEEE Communications Society. He served as the Technical Program Chair of the IEEE INFOCOM 96 Conference.
Kunden, die diesen Artikel gekauft haben, kauften auch