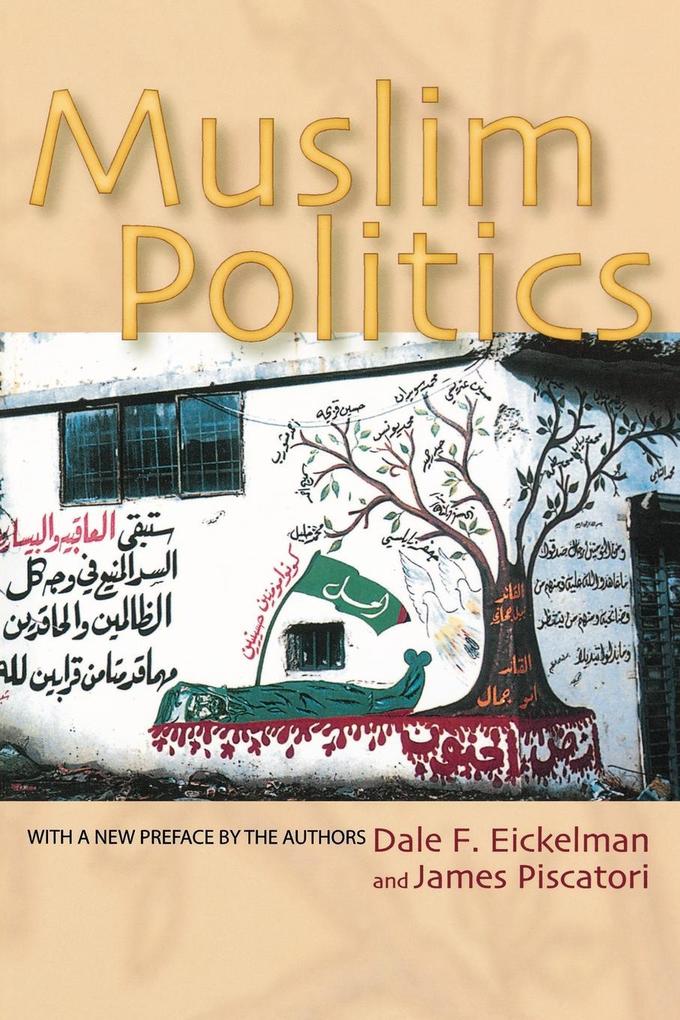 von Dale F. Eickelman, James Piscatori
Paperback. Sprache: Englisch.
Buch (kartoniert)
In this updated paperback edition, Dale Eickelman and James Piscatori explore how the politics of Islam play out in the lives of Muslims throughout the world. They discuss how recent events such as September 11 and the 2003 war in Iraq have contribut … weiterlesen
Dieser Artikel ist auch verfügbar als:
Geschenk per Mail versenden
Buch (kartoniert)

In this updated paperback edition, Dale Eickelman and James Piscatori explore how the politics of Islam play out in the lives of Muslims throughout the world. They discuss how recent events such as September 11 and the 2003 war in Iraq have contributed to reshaping the political and religious landscape of Muslim-majority countries and Muslim communities elsewhere. As they examine the role of women in public life and Islamic perspectives on modernization and free speech, the authors probe the diversity of the contemporary Islamic experience, suggesting general trends and challenging popular Western notions of Islam as a monolithic movement. In so doing, they clarify concepts such as tradition, authority, ethnicity, pro-test, and symbolic space, notions that are crucial to an in-depth understanding of ongoing political events.

This book poses questions about ideological politics in a variety of transnational and regional settings throughout the Muslim world. Europe and North America, for example, have become active Muslim centers, profoundly influencing trends in the Middle East, Africa, Central Asia, and South and Southeast Asia. The authors examine the long-term cultural and political implications of this transnational shift as an emerging generation of Muslims, often the products of secular schooling, begin to reshape politics and society--sometimes in defiance of state authorities. Scholars, mothers, government leaders, and musicians are a few of the protagonists who, invoking shared Islamic symbols, try to reconfigure the boundaries of civic debate and public life. These symbolic politics explain why political actions are recognizably Muslim, and why "Islam" makes a difference in determining the politics of a broad swath of the world.

Dale F. Eickelman is Ralph and Richard Lazarus Professor of Anthropology and Human Relations at Dartmouth College. He is the author of numerous books, including "The Middle East: An Anthropological Approach" and "Knowledge and Power in Morocco" (Princeton). James Piscatori is Professor in Muslim Politics at the Oxford Center for Islamic Studies, University of Oxford. His books include "Islam in a World of Nation-States" and the edited volume "Islamic Fundamentalisms and the Gulf Crisis".

In a period of misguided accounts of the Muslim world, exposure to the Eickelman and Piscatori arguments is highly instructive. . . . It will challenge students, scholars, and policy makers in the field to rethink Islamic politics.