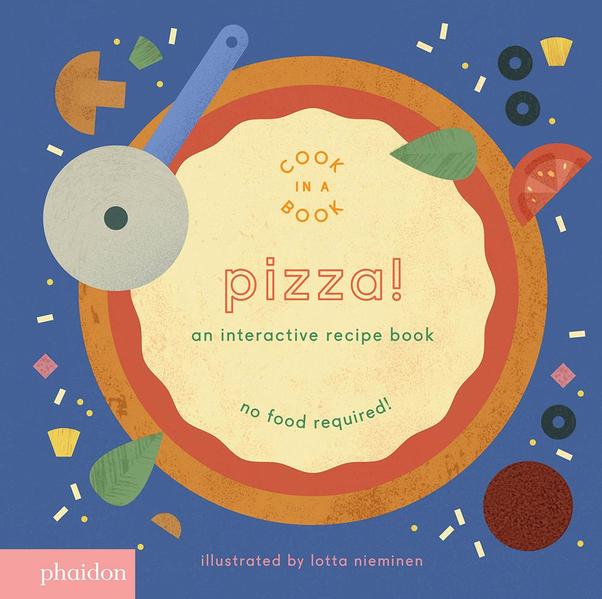 Cook pizza from scratch in this fully interactive recipe book that allows readers mix the ingredients, knead the dough, spread the sauce, and more!
STEP ONE: Stir the yeast and sugar into the warm water, and set aside until bubbly.

STEP TWO: Combine the flour and salt in a large mixing bowl.

STEP THREE: Add the oil and yeast mixture into the large bowl and mix until the ingredients turn into a large clump of dough!
Simple yet accurate recipe text takes readers through the steps of cooking pizza, from dough to toppings, while the interactive novelty features invite them to participate in the process! One hundred percent adult-free, knife-free, oven-free, and mess-free, cooking pizza has never been so independent! Perfect for kids who love to help in the kitchen, or any child who prefers to 'do it myself'. This is the second title in a series of interactive recipe books.

Lotta Nieminen is an illustrator, graphic designer, and art director from Helsinki, Finland, now running her own New York-based studio. In 2014, she was nominated for Forbes magazine's annual 30 Under 30 list. In 2010, she received the Art Directors Club Young Guns award. Her client list includes Google, New York Times, and Vanity Fair, among many others. 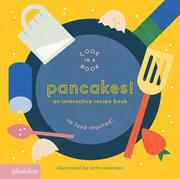