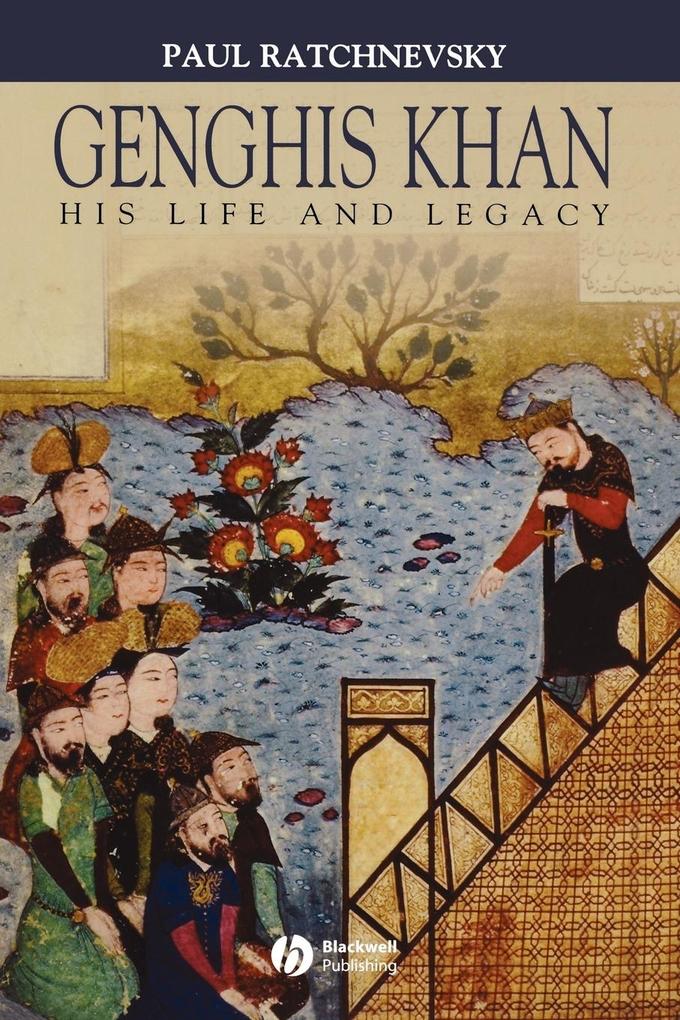 von Ratchnevsky
Paperback. Sprache: Englisch.
Buch (kartoniert)
In this definitive biography of Genghis Khan, Paul Ratchnevsky draws upon Mongol, Chinese, Persian, and European sources in order to establish highly readable account of the life of one of the greatest conquerors in world history.

In this definitive biography of Genghis Khan, Paul Ratchnevsky draws upon Mongol, Chinese, Persian, and European sources in order to establish highly readable account of the life of one of the greatest conquerors in world history.

List of Illustrations Editorial Foreword.Preface.1. The Origins and Boyhood Years of Genghis Khan (Temuchin).2. Rise to Supremacy on the Steppe.3. Genghis Khan: Ruler of the Mongol Empire.4. Personality and Achievements.5. The Structure of the World Mongol Empire.Abbreviations.Notes.Glossary. Main Personalities.Dynamic Tables. Chronology.Map of Campaigns. Bibliography. Index.

Paul Ratchnevsky was Emeritus Professor of Sinology at Humboldt University in Berlin, and best known for his three-volume work "Un Code des Yuan." Thomas Nivison Haining CMG served for over 30 years in the diplomatic service, including as Ambassador to Mongolia. He is currently an honorary Research Associate in History at the University of Aberdeen. Author of the new introduction: Morris Rossabi is Professor of History at the City University of New York and Adjunct Professor at Columbia University.

"This may well be the definitive biography of Genghis Khan" Library Journal "But for Paul Ratchnevsky this corner of history would remain largely unavailable to the West. The debt to the author is enhanced by Thomas Haining's splendid and untiring work in rendering the original book into English." Times Higher Education Supplement "If anyone could bring us close to the mystery of Genghis Khan's achievements, it was the late Paul Ratchnevsky." London Review of Books "The translation is excellent. Mr Haining is to be congratulated on his contribution to what is in many respects an improvement even on Ratchnevsky's splendid work." Royal Asiatic Society "The most significant post-war study of Genghis Khan. Ratchnevsky had exemplary linguistic and historiographical skills enabling him to draw on a very wide range of original sources. Thomas Nivison Haining, the translator and editor of the English version, has done a fine job in trimming the notes while maintaining their principal import, to produce a work of value both for the informed general reader and for specialists." Asian Affairs "This is the most exciting book I have read for a long time ... A book that no serious Mongolist should be without. The general reader will find it absorbing and informative." The Anglo Mongolian Society Newsletter