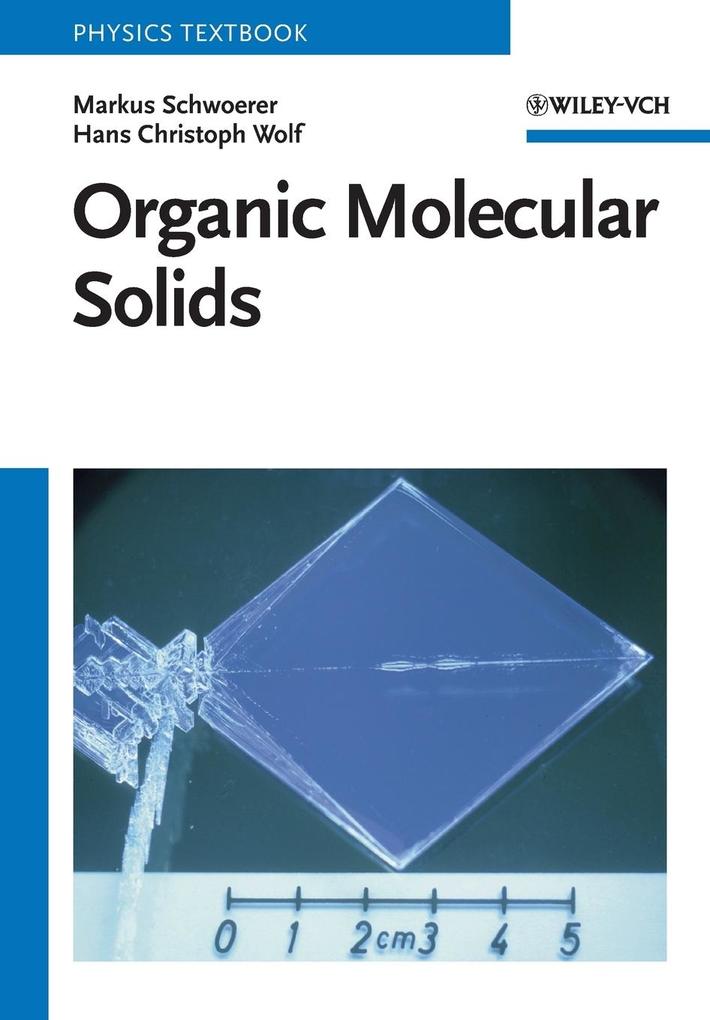 von Schwoerer, Markus Schwoerer, Hans Christoph Wolf
1. Auflage. Paperback. Sprache: Englisch.
Buch (kartoniert)
This is the first comprehensive textbook on the physical aspects of organic solids. All phenomena which are necessary in order to understand modern technical applications are being dealt with in a way which makes the concepts of the topics accessible … weiterlesen
Dieser Artikel ist auch verfügbar als:
Geschenk per Mail versenden
Buch (kartoniert)

This is the first comprehensive textbook on the physical aspects of organic solids. All phenomena which are necessary in order to understand modern technical applications are being dealt with in a way which makes the concepts of the topics accessible for students. The chapters - from the basics, production and characterization of organic solids and layers to organic semiconductors, superconductors and opto-electronical applications - have been arranged in a logical and well thought-out order.

Professor Markus Schwoerer studied physics at the ETH Zurich, Switzerland, and at the University of Stuttgart, Germany, where he received his Ph.D. in 1967. In 1975, he accepted a professorship for experimental physics at the University of Bayreuth. He received the Annual Award for Chemistry from the Academy of Science at Gottingen in 1974. From 1996 to 1998, Professor Schwoerer was the President of the German Physical Society. His main research interest is the physics of organic solids.

Professor Hans Christoph Wolf studied physics, chemistry and biology in Freiburg and Tubingen, both Germany, where he received his Ph.D. in 1952. From 1952 to 1954, he held a post as a researcher in physical chemistry at the Technical University of Munich. After working for several years as an assistant professor, he was awarded a full professorship at the Third Physical Institute of the University of Stuttgart, of which he also became the director, and from which he retired in 1997. Professor Wolf received the Otto Hahn Award of the German Physical Society and the Society of German Chemists in 2000. He was a member of the editorial boards of numerous international journals and is one of the most renowned and established authors in the fields of atomic and quantum physics. His field of research is the physics of organic solids.

This book is the ripe fruit of two fulfilled researchers lives and is brilliantly written. From decades of experience the authors can tell exactly which parts of their subject matter are fundamental and which are dispensable. They thoroughly present the basics of their carefully chosen topics and highlight essential achievements made in the pre-online era. The latest developments are being presented and sometimes described in detail, as e.g. in the chapter on space-charge-limited currents. [...] I wish the book the wide and interested readership it deserves. It should encourage advanced students to deal with this exciting part of solid state physics more intensively, it should provide postgraduate students with a well-founded knowledge as well as ideas for their own work, and it should broaden the knowledge of people already established in research.
Physik Journal 4(2005) Nr. 8/9