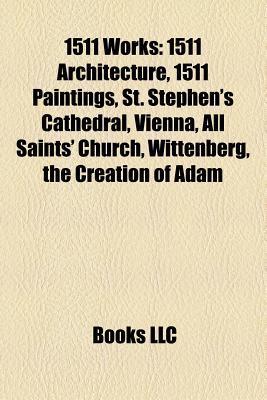 Source: Wikipedia. Pages: 27. Chapters: Funerary Monument to Sir John Hawkwood, San Marco Altarpiece, The Magdalen Reading, Annunciation (van Eyck, Washington), The Descent from the Cross, Madonna of Chancellor Rolin, Portrait of a Man, Coronation of the Virgin (Fra Angelico, Louvre), Portrait of a Young Woman, c. 1435, Coronation of the Virgin (Fra Angelico, Uffizi), Saint Anthony Abbot Tempted by a Heap of Gold, Deposition of Christ, Cortona Triptych, The Just Judges, Annunciation of San Giovanni Valdarno, St. Jerome in Penance, Annunciation (Fra Angelico, Madrid), Annunciation of Cortona. Excerpt: The Funerary Monument (or Equestrian Monument) to Sir John Hawkwood is a fresco by Paolo Uccello, commemorating English condottiero John Hawkwood, commissioned in 1436 for Florence's Basilica di Santa Maria del Fiore. The fresco is an important example of art commemorating a soldier-for-hire in the Italian peninsula and is a seminal work in the development of perspective. The politics of the commissioning and recommissioning of the fresco have been analyzed and debated by historians. The fresco is often cited as a form of "Florentine propaganda" for its appropriation of a foreign soldier of fortune as a Florentine hero and for its implied promise to other condottieri of the potential rewards of serving Florence. The fresco has also been interpreted as a product of internal political competition between the Albizzi and Medici factions in Renaissance Florence, due to the latter's modification of the work's symbolism and iconography during its recommissioning. The fresco is the oldest extant and authenticated work of Uccello, from a relatively well-known aspect of his career compared to the periods before and after its creation. The fresco has been restored (once by Lorenzo di Credi, who added the frame) and is now detached from the wall; it has been repositioned twice in modern times. Engraving of John Hawkwood, based on the frescoHawkwood had a long military career and a complicated relationship with Florence. He fought for England during the Hundred Years War and then with the "Great Company" which harassed the Avignon Papacy. After gaining command of the "White Company" from Albert Sterz in the 1360s, Hawkwood led the company across the Alps in 1363 in the employ of John II, Marquess of Montferrat, to take part in his war against Milan. Hawkwood and the "White Company" remained in Italy, accepting money from many city-states, both to wage war and to refrain from it. Hawkwood's reputation as one of the ablest condottieri in the peninsula developed in the ensuing dec