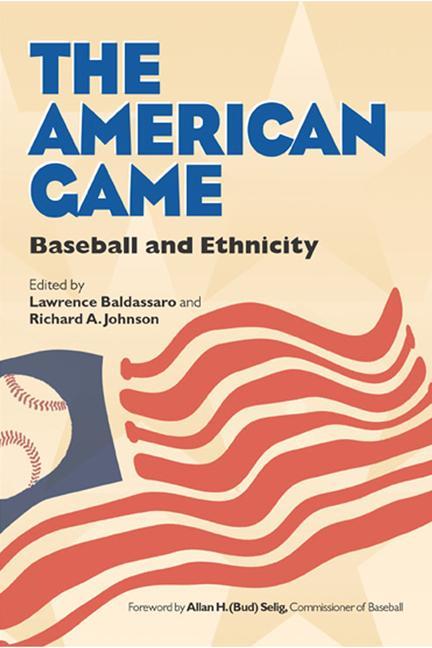 The American Game: Baseball and Ethnicity

The first ethnic and racial profile of American baseball, these nine essays chronicle the lasting contributions of minorities in the majors. As Baseball Commissioner Bud Selig points out in his foreword, "[T]oday baseball reflects the American population as well as or better than any other sport or enterprise."

Lawrence Baldassaro, a professor of Italian and comparative literature and director of the University Honors Program at the University of Wisconsin-Milwaukee, is the editor of The Ted Williams Reader. Richard A. Johnson has served as the curator of the Sports Museum of New England since 1982. His seven books include DiMaggio: An Illustrated Life, The Twentieth-Century Baseball Chronicle, Red Sox Century, and Boston Braves.

"[T]oday baseball reflects the American population as well as or better than any other sport or enterprise. In fact, with each year, more and more of our players come from foreign countries, particularly the great talent that has come from the Caribbe an and Latin America. At the start of the 2000 majorleague baseball season, 198 players, nearly 24 percent of all players on major league rosters, were born outside the fifty states. They represented sixteen different foreign countries and Puerto Rico." - Bud Selig, Commissioner of Baseball, from the Foreword

Taschenbuch
The Baltimore Orioles: The History of a…
von Frederick G. Lie…