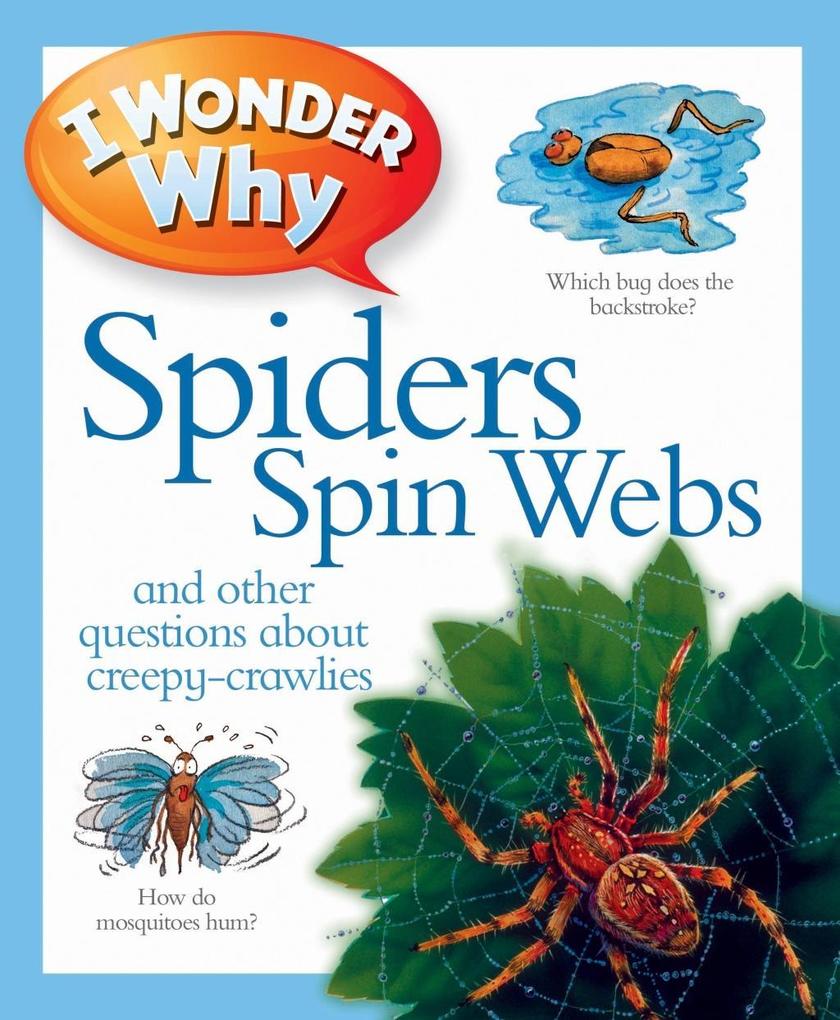 I Wonder Why Spiders Spin Webs

This highly popular and long-running series has been revamped for a new generation of readers, with a clean, crisp redesign and colourful covers. The series explores questions that young readers ask about the world around them in an unrivalled child-friendly style. The conversational format is perfect for delivering solid information in a natural, amusing and imaginative way. Designed to amuse and intrigue the young reader, this book combines cartoons with facts and simple analogies to provide an introduction to the world of creepy-crawlies asking questions such as: which beetle fires a spray gun?; can spiders kill people?; and which insect tastes with its toes?

Amanda O'Neill has worked in education since 1976 and has been a freelance writer and editor since 1986. She has written books on a wide range of subjects, including many on the animal kingdom with titles such as I Wonder Why Snakes Shed Their Skin. Amanda lives in Leicestershire with her family, rescue cat Jess and a whole host of reptiles, bugs and other creatures.

School Library Journal
K-Gr 4Although illustrated throughout with excellent drawings, some lifelike and some cartoons, the pictures in these books don't show the relative sizes of the subjects under discussion. For instance, a fairly creepy centipede is practically as big as a young child shown sleeping with his teddy bear, and a bee and a bear appear to be about the same size. The question-and-answer format doesn't work well, either. The questions aren't the kind that would spring naturally or commonly from a child's mind. Instead, they seem to have been made up in order to provide a certain answer, e.g. What digs graves and then robs them?, ' Which bridge can you shop on?, ' and Which insect has a fierce bottom?' These questions don't build on one another, thus adding to the erratic quality of their presentation. Each title has an index, but these books are unlikely resources for ready reference or reports, and it's doubtful that they will generate much demand.Melissa Gross, Beverly Hills Public Library, CA

Taschenbuch
I Wonder Why The Wind Blows
von Anita Ganeri