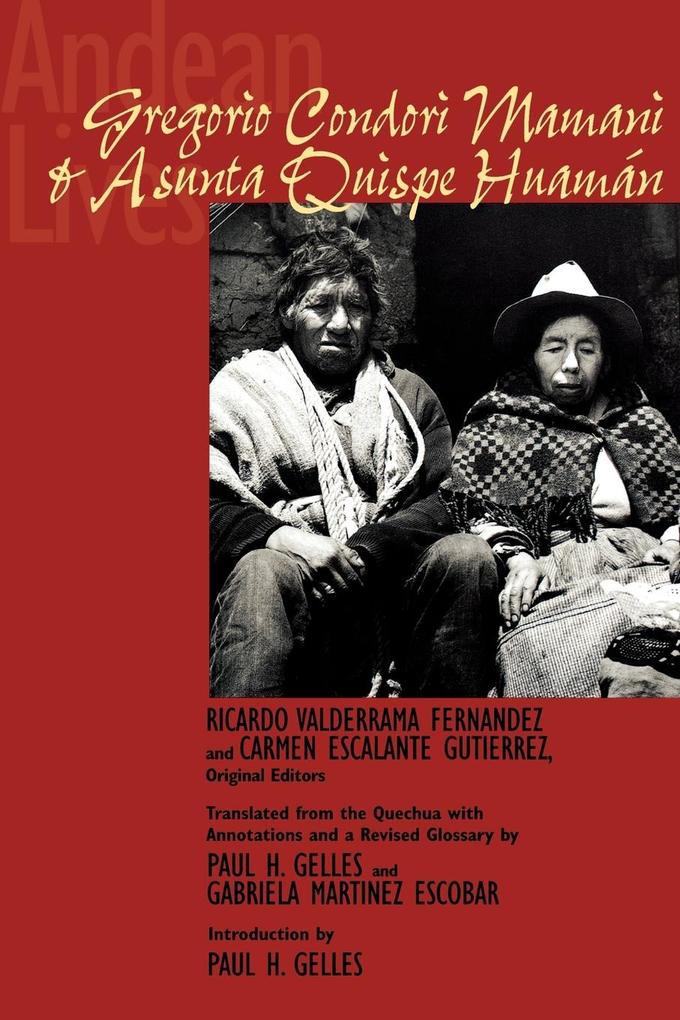 Gregorio Condori Mamani and Asunta Quispe Huaman were runakuna, a Quechua word that means "people" and refers to the millions of indigenous inhabitants neglected, reviled, and silenced by the dominant society in Peru and other Andean countries. For Gregorio and Asunta, however, that silence was broken when Peruvian anthropologists Ricardo Valderrama Fernandez and Carmen Escalante Gutierrez recorded their life stories. The resulting Spanish-Quechua narrative, published in the mid-1970s and since translated into many languages, has become a classic introduction to the lives and struggles of the "people" of the Andes. Andean Lives is the first English translation of this important book. Working directly from the Quechua, Paul H. Gelles and Gabriela Martinez Escobar have produced an English version that will be easily accessible to general readers and students, while retaining the poetic intensity of the original Quechua. It brings to vivid life the words of Gregorio and Asunta, giving readers fascinating and sometimes troubling glimpses of life among Cuzco's urban poor, with reflections on rural village life, factory work, haciendas, indigenous religion, and marriage and family relationships.

Andean Lives is a superb book, highly recommended for readers of all levels of expertise and interest in South America. . . . [It] will serve as a wonderful introduction on the undergraduate level to Andean history and culture, and could also be used in a general Latin American Studies course. The book is completely appropriate for advanced courses such as history or anthropology graduate seminars focused on the modern Andean region, as well as literature or culture classes concerned with problems of translation, cross-cultural relations, or oral history. The work is also entirely suitable for general readers. The smooth and open quality of the translation and its ability to draw the reader into the world and life experiences of the speakers deserves the highest accolades.