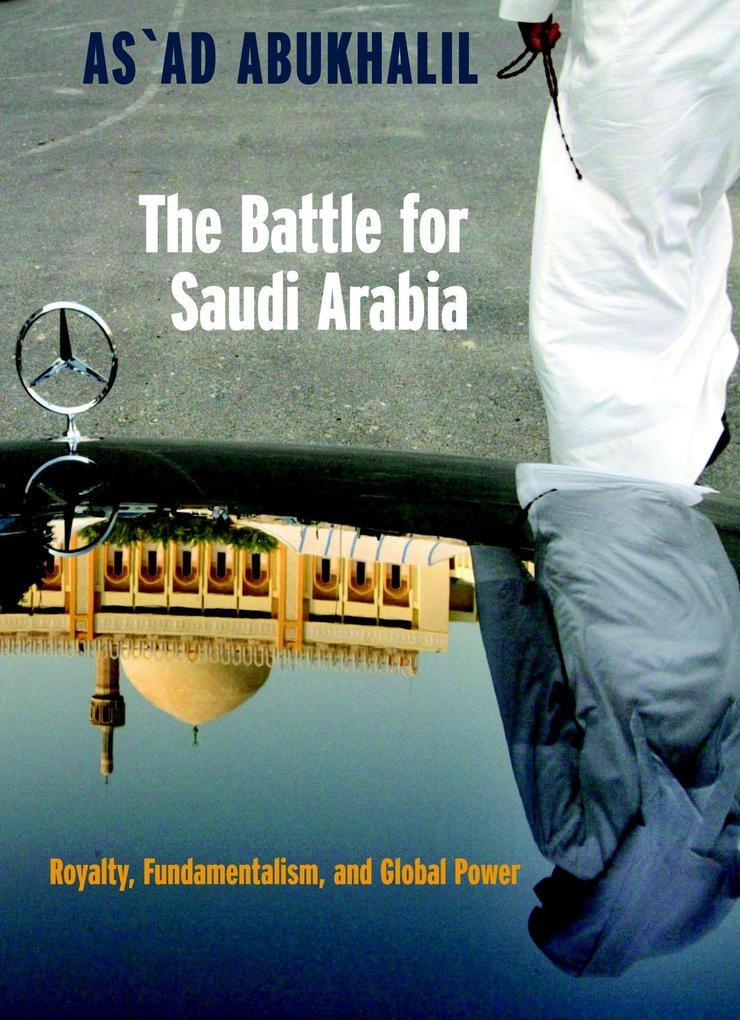 The Battle For Saudi Arabia

In The Battle for Saudi Arabia: Royalty, Fundamentalism, and Global Power , Professor As`ad AbuKhalil confronts the contradictory nature of Saudi Arabia—questions that both the Saudi government, long shrouded in mystery, and the United States government, ever protective of its own interests, seem unwilling to answer.
In this unsparing probe into the history and power structure of the kingdom, Professor AbuKhalil, author of Bin Laden, Islam, and America's New "War on Terrorism", affords the reader unique insight into the intense friction that underlies the increasingly precarious balance between the Saudi royal family and the fundamentalist clerical establishment.

AS'AD ABUKHALIL was born in Tyre, Lebanon. He received his B.A. and M.A. in Political Science from the American University of Beirut, and his Ph.D. in Comparative Politics from Georgetown University. AbuKhalil has taught at Georgetown, George Washington University, Tufts University, Colorado College, and Randolph-Macon Woman's College. His articles on Middle East politics and society have appeared in English, German, Spanish, and Arabic. He is professor of political science at California State University, Stanislaus, and a visiting professor at UC, Berkeley.