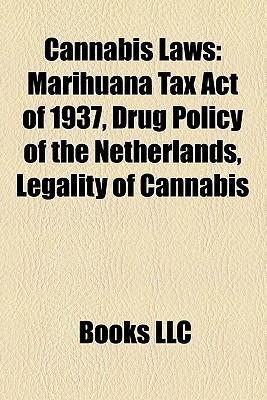 Source: Wikipedia. Pages: 41. Chapters: Drug policy of the Netherlands, Legality of cannabis, Decriminalization of non-medical cannabis in the United States, Legality of cannabis by country, Places that have decriminalized non-medical cannabis in the United States, Legal and medical status of cannabis, Cannabis in California, Drug policy of Portugal, Marijuana Control, Regulation, and Education Act, Cannabis coffee shop, United States v. Oakland Cannabis Buyers' Cooperative, Portugal 2001 decriminalization of drug use, Drug policy of Colorado, Drug policy of the Soviet Union. Excerpt: The legality of cannabis has been the subject of debate and controversy for decades. Cannabis is illegal to consume, use, possess, cultivate, transfer or trade in most countries. Since the beginning of widespread cannabis prohibition around the mid 20th century, most countries have not re-legalized it for personal use, although more than 10 countries tolerate (or have decriminalized) its use and/or its cultivation in limited quantities. Medicinal use of cannabis is also legal in a number of countries, including Belgium, Canada, the Netherlands, Czech Republic, Israel and 15 states of the United States. It is generally accepted that small amounts of possession are dealt with in various ways throughout the world, and since police enforcement is always changing according to a country's political leaders, it is very hard to find an accurate reference to the unspoken police attitude of casual decriminalization of cannabis in certain places where there is just not enough police, judges or prisons to enforce the law to the letter. Some countries have laws that are not as vigorously as prosecuted as others, but other than the countries that offer access to medical marijuana, the majority of countries have various penalties ranging from lenient to barbaric, and everything in between, some infractions are definitely taken more seriously in some countries than others when it comes to regarding the cultivation, use, possession, or transfer of cannabis for recreational use. A few jurisdictions have lessened the penalties for possession of small quantities of cannabis, so that it is punished by confiscation and a fine, rather than imprisonment. Punishment focuses more on those who traffic and sell the drug on the black market. Some jurisdictions/drug courts use mandatory treatment programs for young or frequent users, with freedom from "narcotic" drugs as the goal. A few jurisdictions permit cannabis use for medicinal purposes. There are also changes in a more restrictive directi