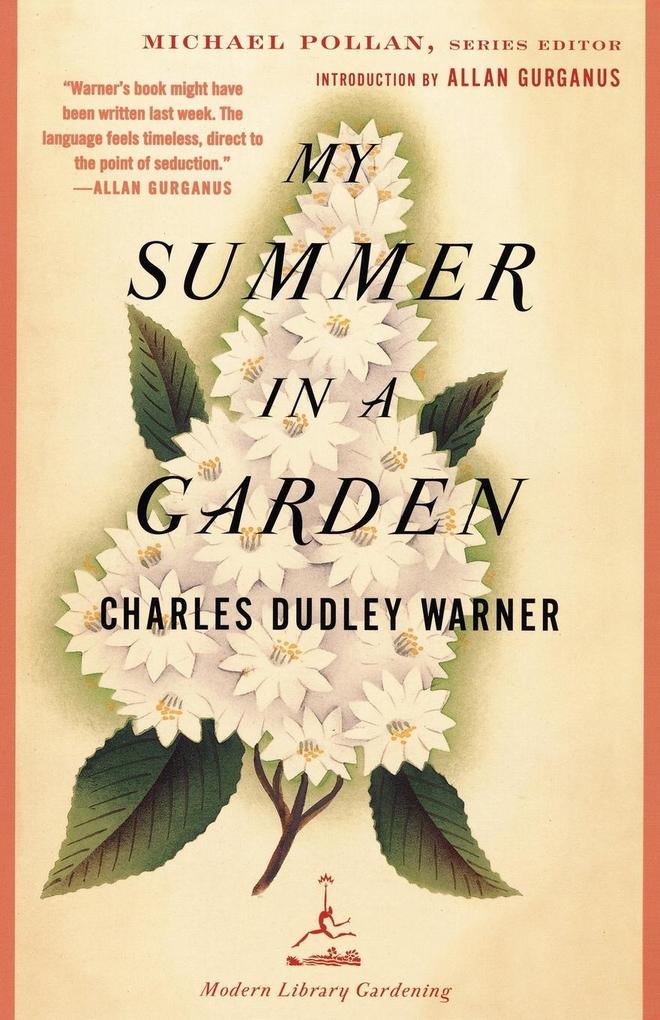 My Summer in a Garden

Titel: My Summer in a Garden
Autor/en: Charles Dudley Warner

Oft quoted but seldom credited,Charles Dudley Warner's My Summer in a Garden is a classic of American garden writing and was a seminal early work in the then fledgling genre of American nature writing. Warner—prominent in his day as a writer and newspaper editor—was a dedicated amateur gardener who shared with Mark Twain, his close friend and neighbor, a sense of humor that remains deliciously fresh today.

In monthly dispatches, Warner chronicles his travails in the garden, where he and his cat, Calvin, seek to ward off a stream of interlopers, from the neighbors' huge-hoofed cows and thieving children, to the reviled, though "propagatious,” pusley weed. To read Warner is to join him on his rounds of his beloved vegetable patch, to feel the sun on his sore back, the hoe in his blistered hands, and yet, like him, never to lose sight of "the philosophical implications of contact with the earth, and companionship with gently growing things.”

This Modern Library edition is published with an extensive new Introduction by Allan Gurganus, author of Oldest Living Confederate Widow Tells All and The Practical Heart.

Charles Dudley Warner was born in Massachusetts in 1829. After practicing law in Chicago, he moved to Connecticut and became an associate editor and publisher of The Hartford Courant. In addition to writing travel essays for the Courant and for Harper's magazine, as well as several novels, he collaborated with Mark Twain on The Gilded Age. He died in 1900.

Michael Pollan is the author of the New York Times bestseller The Botany of Desire, and Second Nature, named one of the best gardening books of the twentieth century by the American Horticultural Society. He is a contributing editor to Harper's magazine and a contributing writer at The New York Times Magazine. Pollan chose the books for the Modern Library Gardening series because, as he writes, "these writers are some of the great talkers in the rich, provocative, and frequently uproarious conversation that, metaphorically at least, has been taking place over the back fence of our gardens at least since the time of Pliny.”

Schreiben Sie eine Bewertung für: My Summer in a Garden