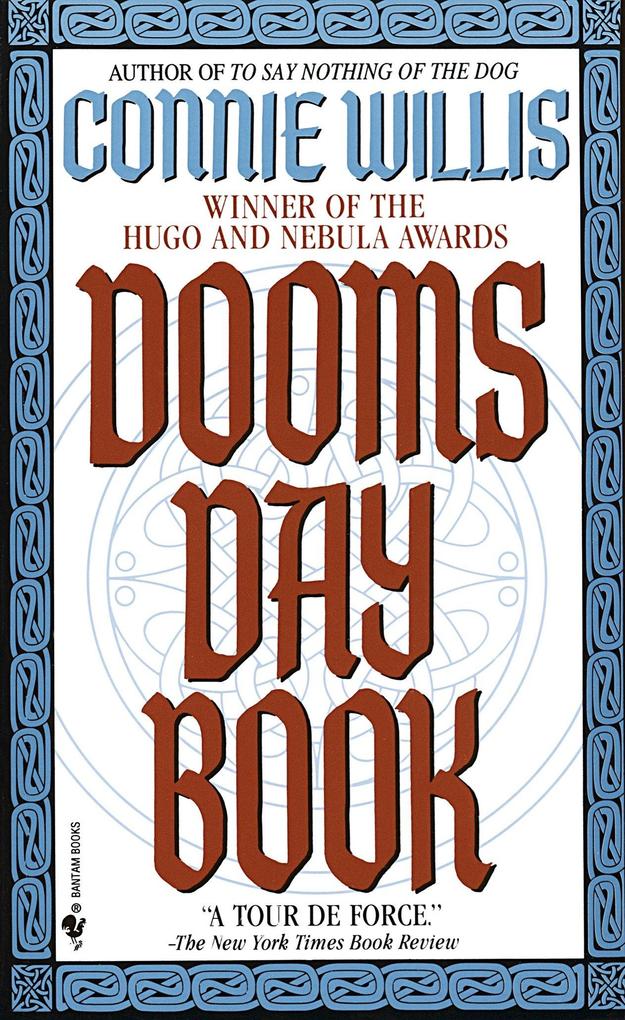 Five years in the writing by one of science fiction's most honored authors, Doomsday Book is a storytelling triumph. Connie Willis draws upon her understanding of the universalities of human nature to explore the ageless issues of evil, suffering and the indomitable will of the human spirit.

For Kivrin, preparing an on-site study of one of the deadliest eras in humanity's history was as simple as receiving inoculations against the diseases of the fourteenth century and inventing an alibi for a woman traveling alone. For her instructors in the twenty-first century, it meant painstaking calculations and careful monitoring of the rendezvous location where Kivrin would be received.

But a crisis strangely linking past and future strands Kivrin in a bygone age as her fellows try desperately to rescue her. In a time of superstition and fear, Kivrin-barely of age herself-finds she has become an unlikely angel of hope during one of history's darkest hours.

"A stunning novel that encompasses both suffering and hope. . . . The best work yet from one of science fiction's best writers."-The Denver Post

"The world of 1348 burns in the mind's eye, and every character alive that year is a fully recognized being. . . . It becomes possible to feel . . . that Connie Willis did, in fact, over the five years Doomsday Book took her to write, open a window to another world, and that she saw something there."-The Washington Post Book World

Connie Willis has won six Nebula Awards (more than any other science fiction writer), six Hugo Awards, and for her first novel, Lincoln's Dreams, John W. Campbell Memorial Award. Her novel Doomsday Book won both the Nebula and Hugo Awards, and her first short-story collection, Fire Watch, was a New York Times Notable Book. Her other works include To Say Nothing of the Dog, Bellwether, Impossible Things, Remake, Uncharted Territory and Miracle and Other Christmas Stories. Ms. Willis lives in Greeley, Colorado, with her family and is hard at work on her next novel, Passage.

Taschenbuch
To Say Nothing of the Dog: Or How We…
von Connie Willis
vor
Schreiben Sie eine Rezension