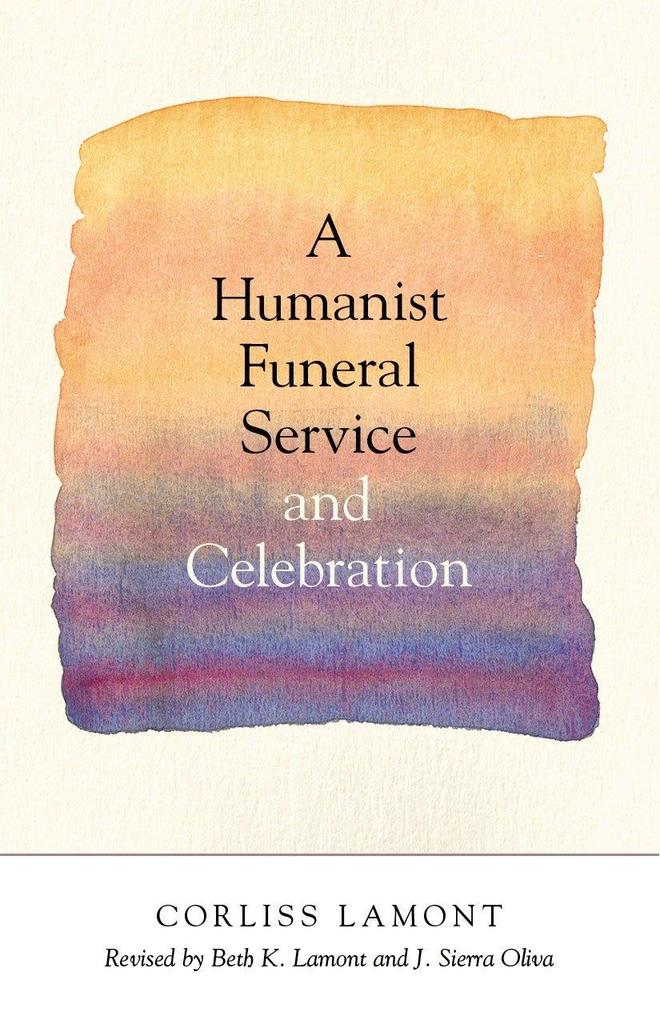 A Humanist Funeral Service and Celebration

von Corliss Lamont
Revised. Sprache: Englisch.
Taschenbuch
First published in 1940, this book has been helpful for over half a century to people not comfortable with the religious format of typical funeral services. The author, renowned humanist Corliss Lamont, last revised the text in 1977. Now, from her ow … weiterlesen
Geschenk per Mail versenden
Taschenbuch

First published in 1940, this book has been helpful for over half a century to people not comfortable with the religious format of typical funeral services. The author, renowned humanist Corliss Lamont, last revised the text in 1977. Now, from her own experience as a humanist chaplain, Beth K. Lamont, widow of Corliss Lamont, has added two new scripts of humanist services, and has welcomed a new updated edition by humanist J. Sierra Oliva. Mr. Sierra has added new dimensions and a new emphasis on celebrating the deceased's life in these suggested scripts for last rites.

As in earlier versions of the book, there are meditations and eloquent passages of prose and poetry to express appreciation, grief, and farewell when a friend or loved one dies. One may choose according to individual preference the text and music deemed to be most appropriate. The service is dignified and reminiscent of past relationships with the deceased, stressing love, the beauty of life, the human kinship with nature, and the naturalness of death.

In the quest for solace at a time of grief, one can turn to this nonreligious service for security, comfort, and purpose in accepting the finality of the loss of a loved one.

Corliss Lamont (1902-1995) wrote sixteen books and hundreds of pamphlets on subjects ranging from humanism to McCarthyism. His most well-known publication was The Philosophy of Humanism. He taught at Harvard, Cornell, Columbia, the New School for Social Research, and other universities. He also served as a director of the American Civil Liberties Union, was chairman of the National Emergency Civil Liberties Committee, was president of the American Humanist Association, and won court fights against censure by Senator McCarthy and mail censorship by the Central Intelligence Agency. He ran twice for the US Senate.

Beth K. Lamont (New York, NY) is an essayist and an executive board member of and a program director for the Humanist Society of Metropolitan New York and the Corliss Lamont Chapter of the American Humanist Association; she is also an initiator of the AHA's Humanist Advocate Program. She is the author of Lefties Are in Their Right Minds.