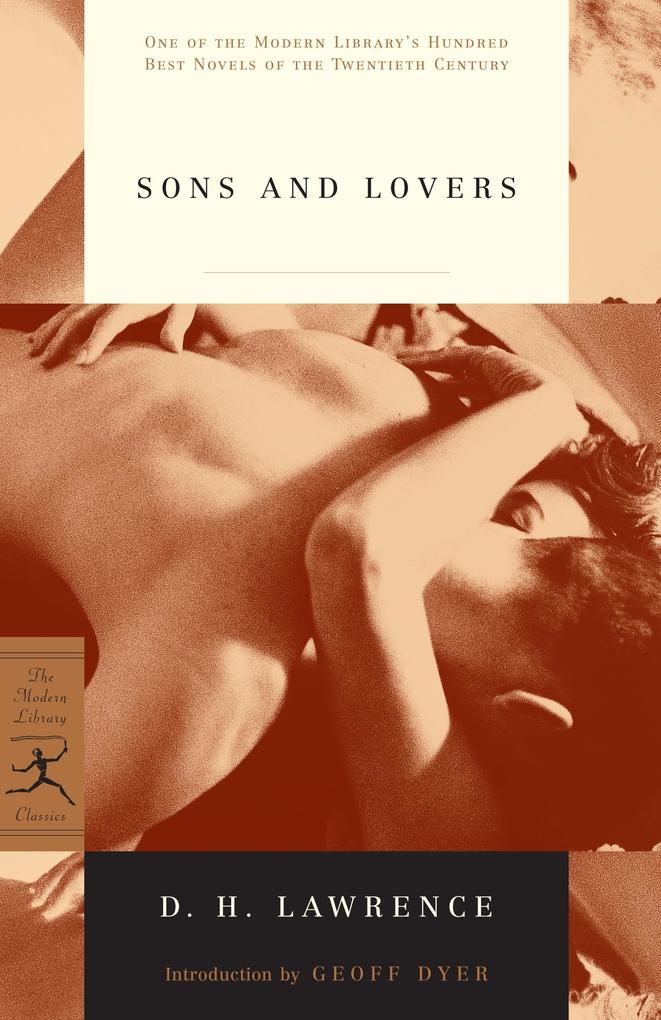 Of all Lawrence's work, S … weiterlesen

Of all Lawrence's work, Sons and Lovers tells us most about the emotional source of his ideas," observed Diana Trilling. "The famous Lawrence theme of the struggle for sexual power--and he is sure that all the struggles of civilized life have their root in this primary contest--is the constantly elaborated statement of the fierce battle which tore Lawrence's family."

Sons and Lovers is one of the landmark novels of the twentieth century. When it appeared in 1913, it was immediately recognized as the first great modern restatement of the oedipal drama, and it is now widely considered the major work of D. H. Lawrence's early period. This intensely autobiographical novel recounts the story of Paul Morel, a young artist growing to manhood in a British working-class family rife with conflict. The author's vivid evocation of the all-consuming nature of possessive love and sexual attraction makes this one of his most powerful novels.

For the critic Kate Millett, "Sons and Lovers is a great novel because it has the ring of something written from deeply felt experience. The past remembered, it conveys more of Lawrence's own knowledge of life than anything else he wrote. His other novels appear somehow artificial beside it."

D. H. Lawrence was born on September 11, 1885, in Eastwood, Nottinghamshire, England. His father was a coal miner, his mother a former lace worker and unsuccessful haberdasher. He began school just
before the age of four, but respiratory illness and a weak constitution forced him to remain home intermittently. Two months before his sixteenth birthday, he went to work as a clerk in a badly ventilated factory
that made medical supplies, and eventually contracted pneumonia. After a long convalescence, he got a job as a student teacher, but privately he resolved to become a poet. He began writing seriously in 1906
and entered University College, Nottingham, to earn his teacher's certificate. Two years later he started teaching elementary school full-time. He published his first poems in the English Review in 1909. When
he contracted pneumonia a second time, he gave up teaching.

His first two novels, The White Peacock and The Trespasser, were published in 1911 and 1912. About three weeks after the publication of The Trespasser, he left England with Frieda Weekley, née von
Richthofen, the German wife of Ernest Weekley, a British linguist who had been his French and German instructor at University College. He wrote the final version of his autobiographical novel Sons and
Lovers (1913) - begun when his mother was dying of cancer in 1910 - during his year-long courtship of Frieda in Germany and Italy. Sons and Lovers was immediately recognized as the first great modern
restatement of the Oedipal drama, but, like most of Lawrence's novels during his lifetime, sold poorly. Lawrence and Frieda married in London in July 1914, immediately after Frieda's divorce became final;
they lived peripatetically and in relative poverty.

They spent World War I in England, a country they both essentially disliked, and endured a series of clumsy surveillance and harassment campaigns by local police because of her nationality (several of her
relatives were diplomats, statesmen, and politicians, and she was a cousin of Manfred von Richthofen, the "Red Baron") and his apparent lack of patriotism (among other charges, The Prussian Officer, a
collection of stories, published in November 1914, several months after Great Britain entered the war, was considered politically and morally offensive by conservative booksellers). Exempt from active service
because of his health, Lawrence wrote The Rainbow and Women in Love. The former was seized and burned by the police for indecency in November 1915, two months after publication; Lawrence was
unable to find a publisher for the latter until six years later. Composition of these two novels coincided with bouts of erratic behavior in Lawrence that bordered on mental instability, sexual confusion and
experimentation that threatened to undermine his marriage, and endless health reversals, including a diagnosis of tuberculosis. Twilight in Italy, a collection of acerbic travel essays believed by some to show a
sympathy for fascism that became more explicit in, for example, his novel The Plumed Serpent (1926), was published in 1916. He recorded the vicissitudes of his marriage in an autobiographical poem cycle,
Look! We Have Come Through (1917).

The Lawrences departed for Europe in late 1919 and spent most of the next two years in Italy and Germany. The Lost Girl, a novel, was published in 1920 and received the James Tait Black Memorial Prize
the following year, which also saw the publication of Movements in European History, a text for schoolchildren; Psychoanalysis and the Unconscious, an anti-Freudian tract; Tortoises, a collection of
poems; Sea and Sardinia, a travel book; and, belatedly, Women in Love. Early in 1922 he and Frieda went around the world by boat. They visited Ceylon, lived in Australia for a month and a half, and in the
summer sailed to America, where they settled in New Mexico. Aaron's Rod, a novel; Fantasia of the Unconscious, a sequel to Psychoanalysis and the Unconscious; and England, My England, a collection
of stories, were published that year. In the spring of 1923, after moving to Mexico, he and Frieda separated temporarily. He toured the western United States and briefly returned to Mexico; she moved to
London. Kangaroo, his novel of Australia, and Birds, Beasts, and Flowers, a collection of poems, were published in the fall. He reunited with Frieda in the winter. They went to New Mexico again in the
spring of 1924; he suffered bouts of influenza, malaria, and typhoid fever the next year. The Lawrences eventually resettled in Italy in 1926.

He began writing his last novel, Lady Chatterley's Lover, in 1926. It was published two years later and banned in England and the United States as pornographic. Lawrence was an avid amateur painter, and a
selection of his paintings - grossly rendered, full-figured representational nudes - was exhibited in London in 1929. The show was raided on July 5 by the police, who removed thirteen of the canvases.
Lawrence coincidentally suffered a violent tubercular hemorrhage in Italy the same day. He went to Bavaria to undergo a cure - it was unsuccessful - and in 1930 entered a sanatorium in Vence, France, where
treatment similarly failed. He died in a villa in Vence on the night of March 2, a half year short of his forty-fifth birthday, and was buried in a local cemetery. His body was eventually disinterred and cremated,
and his ashes transported to Frieda Lawrence's ranch outside Taos, New Mexico. In addition to numerous plays, collections of poetry, and other, lesser-known works published during his lifetime, his novels
The Virgin and the Gypsy and Mr. Noon were published posthumously.

Taschenbuch
The Wings of the Dove
von Henry James