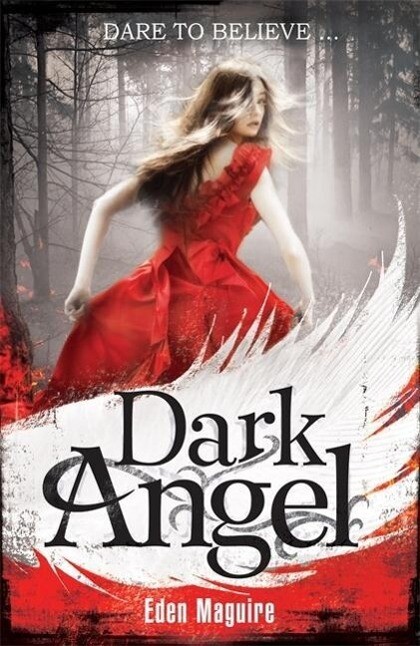 Tania's heart belongs to Orlando. Nothing can rip them apart. Until the seduction begins in a flurry of glamour and magic, music and parties all orchestrated by the mysterious and mesmerising Zoran, an iconic rock star who has retired to a remote ranch in the nearby mountains. And there Tania meets the dark side. Can she resist temptation?

Eden Maguire graduated from Birmingham University with a PhD in English Lit and now lives in the Yorkshire Dales with her two daughters, her horse, Merlin, plus a dog and a cat. She spends part of each year at a ranch in Colorado, where she rides alone in the mountains - her idea of perfect happiness. Whenever she can, she loves to indulge her passion for travel and take in the world's major cities, from New York to Nairobi - where she can be found in the churches and temples, the galleries and sculpture parks, and occasionally in the designer boutiques of Fifth Avenue and the Champs Elysees. Back at home, Eden's interests include cinema and theatre, plus art history and painting.

'excellent writing style, compelling characters coupled with a powerful mystery. A real page-turner' -- Julia Eccleshare, Lovereading4kids 'The hip, young living dead in Eden Maguire's Twilight-ish new book series Beautiful Dead are totally cool.' -- Seventeen 'Emotional confrontations, sweet interludes between the lovers, and adrenaline-surging moments of physical threat...Fans of the Twilight franchise and shows like Supernatural should be an eager audience.' -- Publishers Weekly 'The combination of mystery, the supernatural, and romance is enough to keep the reader interested.' -- VOYA A fantastic read. -- A Dream of Books A real page-turner. -- Books for Keeps