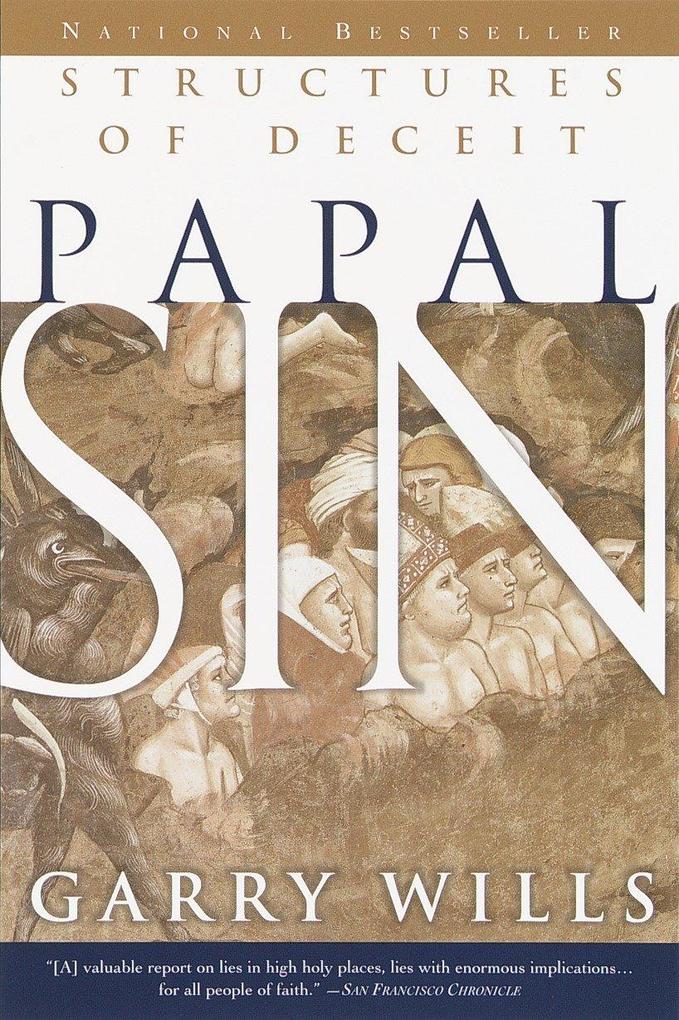 "The truth, we are told, will make us free. It is time to free Catholics, lay as well as clerical, from the structures of deceit that are our subtle modern form of pap … weiterlesen
Dieses Taschenbuch ist auch verfügbar als:
Geschenk per Mail versenden
Taschenbuch

Look out for a new book from Garry Wills, What The Qur'an Meant, coming fall 2017.

"The truth, we are told, will make us free. It is time to free Catholics, lay as well as clerical, from the structures of deceit that are our subtle modern form of papal sin. Paler, subtler, less dramatic than the sins castigated by Orcagna or Dante, these are the quiet sins of intellectual betrayal."
--from the Introduction

From Pulitzer Prize-winning author Garry Wills comes an assured, acutely insightful--and occasionally stinging--critique of the Catholic Church and its hierarchy from the nineteenth century to the present.

Papal Sin in the past was blatant, as Catholics themselves realized when they painted popes roasting in hell on their own church walls. Surely, the great abuses of the past--the nepotism, murders, and wars of conquest--no longer prevail; yet, the sin of the modern papacy, as revealed by Garry Wills in his penetrating new book, is every bit as real, though less obvious than the old sins.

Wills describes a papacy that seems steadfastly unwilling to face the truth about itself, its past, and its relations with others. The refusal of the authorities of the Church to be honest about its teachings has needlessly exacerbated original mistakes. Even when the Vatican has tried to tell the truth--e.g., about Catholics and the Holocaust--it has ended up resorting to historical distortions and evasions. The same is true when the papacy has attempted to deal with its record of discrimination against women, or with its unbelievable assertion that "natural law" dictates its sexual code.

Though the blithe disregard of some Catholics for papal directives has occasionally been attributed to mere hedonism or willfulness, it actually reflects a failure, after long trying on their part, to find a credible level of honesty in the official positions adopted by modern popes. On many issues outside the realm of revealed doctrine, the papacy has made itself unbelievable even to the well-disposed laity.

The resulting distrust is in fact a neglected reason for the shortage of priests. Entirely aside from the public uproar over celibacy, potential clergy have proven unwilling to put themselves in a position that supports dishonest teachings.

Wills traces the rise of the papacy's stubborn resistance to the truth, beginning with the challenges posed in the nineteenth century by science, democracy, scriptural scholarship, and rigorous history. The legacy of that resistance, despite the brief flare of John XXIII's papacy and some good initiatives in the 1960s by the Second Vatican Council (later baffled), is still strong in the Vatican.

Finally Wills reminds the reader of the positive potential of the Church by turning to some great truth tellers of the Catholic tradition--St. Augustine, John Henry Newman, John Acton, and John XXIII. In them, Wills shows that the righteous path can still be taken, if only the Vatican will muster the courage to speak even embarrassing truths in the name of Truth itself.

Garry Wills is a historian and the author of the New York Times bestsellers What Jesus Meant, Papal Sin, Why I Am a Catholic, and Why Priests?, among others. A frequent contributor to the New York Review of Books and other publications, Wills is a Pulitzer Prize winner and a professor emeritus at Northwestern University. He lives in Evanston, Illinois.