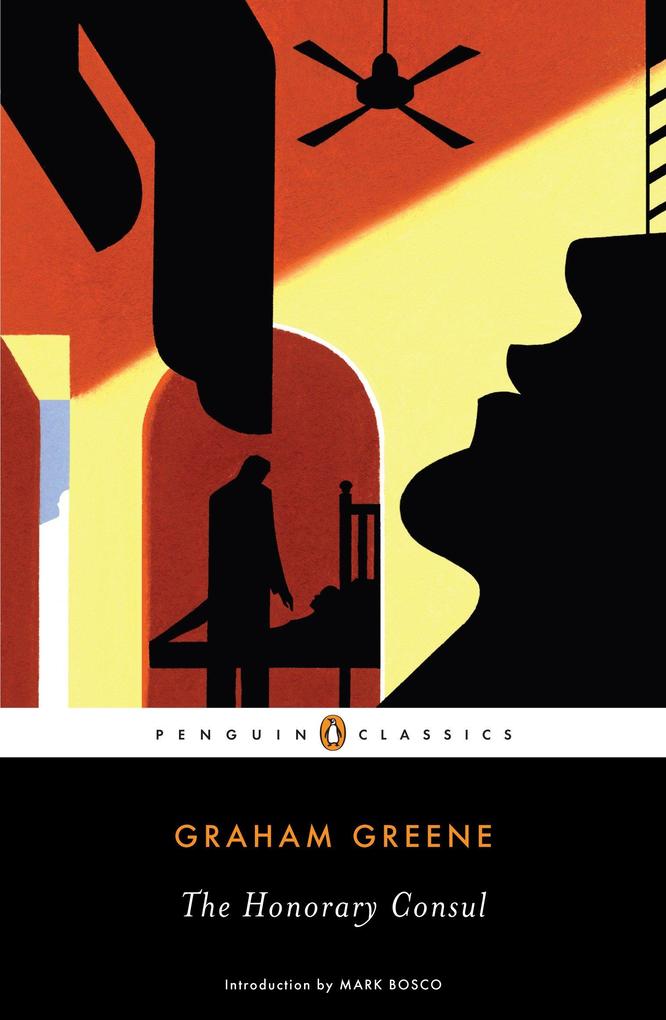 In a provincial Argentinean town, Charley Fortnum, a British consul with dubious authority and a weakness for drink, is kidnapped by Paraguayan revolutionaries who have mistaken him for the American ambassador. Dr. Eduardo Plarr, a local physician with his own divided loyalties, serves as the negotiator between the rebels and the authorities. These fumbling characters play out an absurd drama of failure, hope, love, and betrayal against a backdrop of political chaos. The Honorary Consul is both a gripping novel of suspense and a penetrating psychological and sociological study of personal and political corruption. This Penguin Classics edition features an introduction by Mark Bosco.

Graham Greene (1904-1991), whose long life nearly spanned the length of the twentieth century, was one of its greatest novelists. Educated at Berkhamsted School and Balliol College, Oxford, he started his career as a sub-editor of The Times of London. He began to attract notice as a novelist with his fourth book, Orient Express, in 1932. In 1935, he trekked across northern Liberia, his first experience in Africa, recounted in A Journey Without Maps (1936). He converted to Catholicism in 1926, an edifying decision, and reported on religious persecution in Mexico in 1938 in The Lawless Roads, which served as a background for his famous The Power and the Glory, one of several "Catholic" novels (Brighton Rock, The Heart of the Matter, The End of the Affair). During the war he worked for the British secret service in Sierra Leone; afterward, he began wide-ranging travels as a journalist, which were reflected in novels such as The Quiet American, Our Man in Havana, The Comedians, Travels with My Aunt, The Honorary Consul, The Human Factor, Monsignor Quixote, and The Captain and the Enemy. In addition to his many novels, Graham Greene wrote several collections of short stories, four travel books, six plays, two books of autobiography-A Sort of Life and Ways of Escape-two biographies, and four books for children. He also contributed hundreds of essays and film and book reviews to The Spectator and other journals, many of which appear in the late collection Reflections. Most of his novels have been filmed, including The Third Man, which the author first wrote as a film treatment. Graham Greene was named Companion of Honour and received the Order of Merit among numerous other awards.

Mark Bosco is associate professor of English and Theology at Loyola University Chicago. He has written on Graham Greene and Flannery O'Connor, as well as on the aesthetics of Hans Urs von Balthasar.