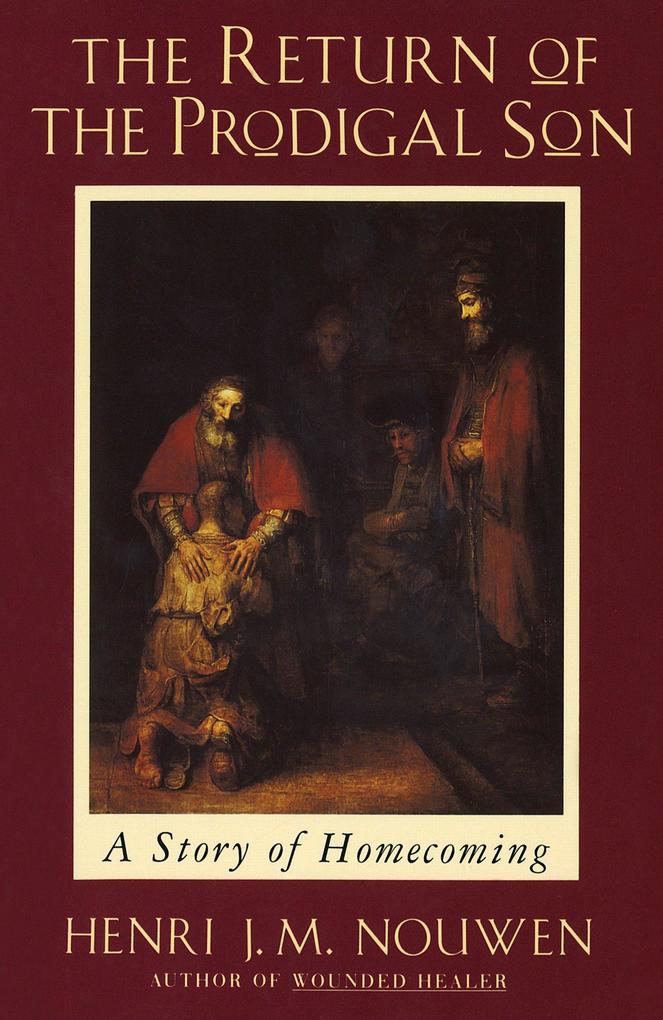 The Return of the Prodigal Son: A Story of Homecoming

For all who ask, "Where has my struggle led me?" or for those "on the road" who have had the … weiterlesen
Dieses Taschenbuch ist auch verfügbar als:
Geschenk per Mail versenden
Taschenbuch

Titel: The Return of the Prodigal Son: A Story of Homecoming
Autor/en: Henri J. M. Nouwen

The bestselling Henri Nouwen title of all time! Over a million copies sold world wide. Essential reading for Christians, Catholics, and all spiritual seekers.

For all who ask, "Where has my struggle led me?" or for those "on the road" who have had the courage to embark on the journey but seek the illumination, this work will inspire.

A chance encounter with a reproduction of Rembrandt's The Return of the Prodigal Son catapulted Henri Nouwen on a long spiritual adventure. Here he shares the deeply personal and resonant meditation that led him to discover the place within where God has chosen to dwell.

In seizing the inspiration that came to him through Rembrandt's depiction of the powerful Gospel story, Henri Nouwen probes the several movements of the parable: the younger son's return, the father's restoration of sonship, the elder son's vengefulness, and the father's compassion. In his reflection on Rembrandt in light of his own life journey, the author evokes a powerful drama of the parable in a rich, capativating way that is sure to reverberate in the hearts of readers. The themes of homecoming, affirmation, and reconciliation will be newly discovered by all who have known loneliness, dejection, jealousy, or anger. The challenge to love as the father and be loved as the son will be seen as the ultimate revelation of the parable known to Christians throughout time, and here represented with a vigor and power fresh for our times.

"The Return of the Prodigal Son is a beautiful book, as beautiful in the simple clarity of its wisdom as in the terrible beauty of the transformation to which it calls us." --New Oxford Review

Henri J.M. Nouwen was a Dutch-born Catholic priest, professor, and pastor, who gained international renown as the author of over 30 books on the spiritual life, including such classics as The Wounded Healer, The Inner Voice of Love, and Reaching Out. Nouwen's books have been translated into more than 30 languages and have sold upwards of seven million copies worldwide, resonating with people across the religious, spiritual, cultural, and political spectrum. Since his death in 1996, ever-increasing numbers of readers, writers, teachers, and seekers have been guided by his literary legacy.

Schreiben Sie eine Bewertung für: The Return of the Prodigal Son: A Story of Homecoming