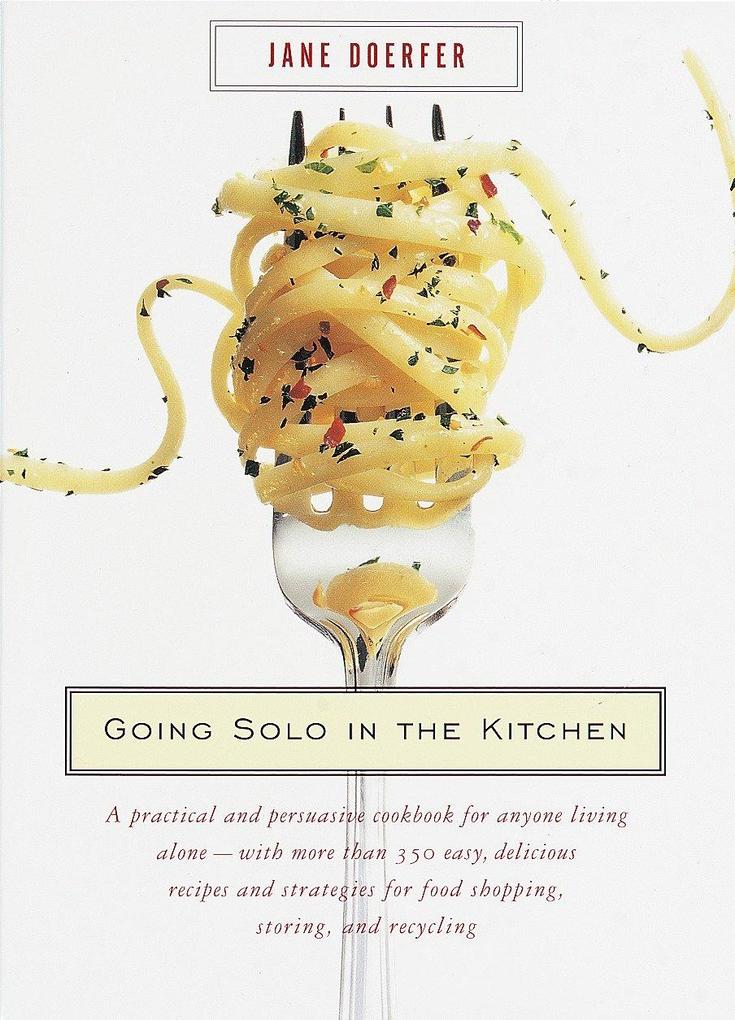 Going Solo in the Kitchen

With more than 350 superb yet simple recipes for all occasions-and loaded with time-and-money-saving strategies for buying, storing, and recycling food in quantities that wo … weiterlesen

With more than 350 superb yet simple recipes for all occasions-and loaded with time-and-money-saving strategies for buying, storing, and recycling food in quantities that won't get wasted-Going Solo in the Kitchen is for solo cooks who don't want to spend a lot of time in the kitchen but who are tired of take-out, and who want to eat food that's delicious, nutritious, and inexpensive.

Whether it's a quick one-dish meal of Sautéed Beef with Mushrooms, a satisfying soup supper such as Vegetable Bean Soup with crusty bread, a summer night's dinner of Avocado, Papaya, and Shrimp Salad, or a Sunday splurge of Chicken Breast Baked with Garlic (with enough leftovers for a sandwich at work the next day and a cold chicken salad later in the week), here is food that will lure beginners and seasoned cooks alike into the kitchen, putting a variety of flavors and a wealth of taste into every meal.

JANE DOERFER is the director of Going Solo in the Kitchen, a cooking school for solo cooks in Apalachicola, Florida. She has written, collaborated on, or produced four other books: The Pantry Gourmet, The Victory Garden Cookbook, The Legal Sea Foods Cookbook, and Crockett's Tool Shed. A former food columnist for Horticulture magazine and food editor for New England Living magazine, Doerfer has taught cooking for more than twenty years.