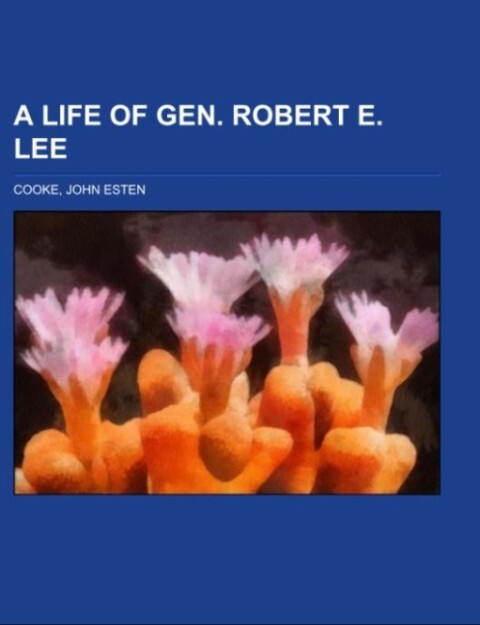 von John Esten Cooke
Paperback. Sprache: Englisch.
Taschenbuch
Excerpt: ...result in a decisive Confederate defeat. No choice, however, was now left General Lee. The head of his advancing column had come into collision with the enemy, and it was impossible to retire without a battle. Lee accordingly ordered Hill … weiterlesen
Dieser Artikel ist auch verfügbar als:
Geschenk per Mail versenden
Taschenbuch

Excerpt: ...result in a decisive Confederate defeat. No choice, however, was now left General Lee. The head of his advancing column had come into collision with the enemy, and it was impossible to retire without a battle. Lee accordingly ordered Hill's corps to be closed up, and reënforcements to be sent forward rapidly to the point of action. He then mounted his horse and rode in the direction of the firing, guided by the sound, and the smoke which rose above the tranquil landscape. It was a beautiful day and a beautiful season of the year. The fields were green with grass, or golden with ripening grain, over which passed a gentle breeze, raising waves upon the brilliant surface. The landscape was broken here and there by woods; in the west rose the blue range of the South Mountain; the sun was shining through showery clouds, and in the east the sky was spanned by a rainbow. This peaceful scene was now disturbed by the thundering of artillery and the rattle of musketry. The sky was darkened, here and there, by clouds of smoke rising from barns or dwelling-houses set on fire by shell; and beneath rose red tongues of flame, roaring in response to the guns. Each side had now sent forward reinforcements to support the vanguards, and an obstinate struggle ensued, the proportions of the fight gradually increasing, until the action became a regular battle. Hill, although suffering from indisposition, which the pallor of his face indicated, met the Federal attack with his habitual resolution. He was hard pressed, however, when fortunately one of General Ewell's divisions, under Rodes, débouched from the Carlisle road, running northward from Gettysburg, and came to his assistance. Ewell had just begun to move from Carlisle toward Harrisburg-his second division, under Early, being at York-when a dispatch from Lee reached him, directing him to return, and "proceed to Gettysburg or Cashtown, as his circumstances might direct." He promptly obeyed, encamped within...