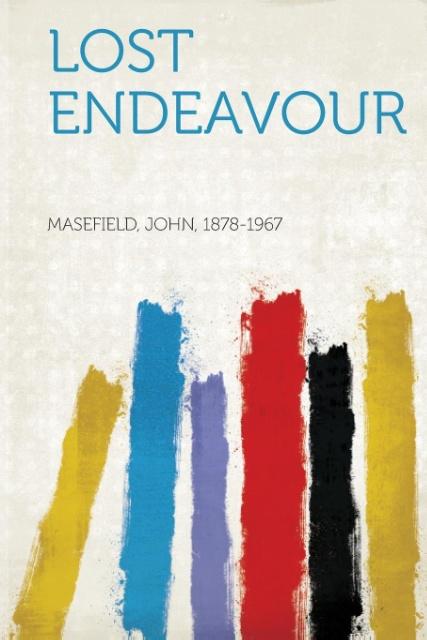 von John Masefield
Paperback. Sprache: Englisch.
Taschenbuch
Unlike some other reproductions of classic texts (1) We have not used OCR(Optical Character Recognition), as this leads to bad quality books with introduced typos. (2) In books where there are images such as portraits, maps, sketches etc We have ende … weiterlesen
Dieser Artikel ist auch verfügbar als:
Geschenk per Mail versenden
Taschenbuch

John Edward Masefield OM (1 June 1878 - 12 May 1967) was an English poet and writer, and the Poet Laureate of the United Kingdom from 1930 until 1967. Among his best known works are the children's novels The Midnight Folk and The Box of Delights, and the poems "The Everlasting Mercy" and "Sea-Fever".
Masefield was born in Ledbury in Herefordshire, to George Masefield, a solicitor, and his wife Caroline. His mother died giving birth to his sister when Masefield was six and he went to live with his aunt. His father died soon afterwards, following a mental breakdown.[1] After an unhappy education at the King's School in Warwick (now known as Warwick School), where he was a boarder between 1888 and 1891, he left to board HMS Conway, both to train for a life at sea and to break his addiction to reading, of which his aunt thought little. He spent several years aboard this ship, and found that he could spend much of his time reading and writing. It was aboard the Conway that Masefield's love of story-telling grew. While he was on the ship he listened to the stories told about sea lore, continued to read, and decided that he was to become a writer and story-teller himself.
I must down to the seas again, to the lonely sea and the sky,
And all I ask is a tall ship and a star to steer her by,
And the wheel's kick and the wind's song and the white sail's shaking,
And a grey mist on the sea's face and a grey dawn breaking.

I must down to the seas again, for the call of the running tide
Is a wild call and a clear call that may not be denied;
And all I ask is a windy day with the white clouds flying,
And the flung spray and the blown spume, and the sea-gulls crying.
From "Sea-Fever", in Salt-Water Ballads (1902)[2]
In 1894 Masefield boarded the Gilcruix, destined for Chile. This first voyage brought him the experience of sea sickness, but his record of his experiences while sailing through extreme weather shows his delight in seeing flying fish, porpoises and birds. He was awed by the beauty of nature, including a rare sighting of a nocturnal rainbow, on this voyage. On reaching Chile he suffered from sunstroke and was hospitalised. He eventually returned home to England as a passenger aboard a steamship.