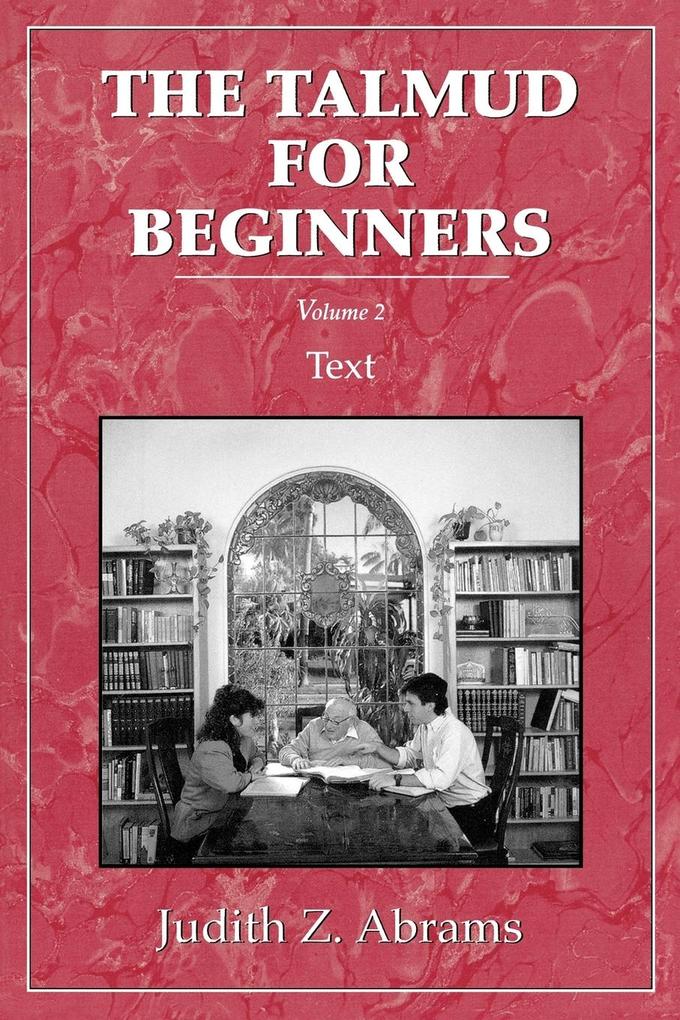 Rabbi Abrams walks us through tractate Megillah in a warm, unintimidating, and highly informed way.

Judith Z. Abrams is a woman with a mission: She wants to bring the beauty of Talmud to as many people, and with as much depth as possible. To that end, she has published many books on the Talmud, including Talmud for Beginners, Volumes I and II and, with her husband, Steven, Jewish Parenting: Rabbinic Insights, Learn Talmud: How to Use the Talmud: The Steinsaltz Edition, and The Women of the Talmud. She earned her Ph.D. in Rabbinic literature from the Baltimore Hebrew University and teaches across the country. She is the founder and director of Maqom: A School for Adult Talmud Study, where anyone can learn, regardless of their background. She lives in Houston with her husband and three children: Michael, Ruth, and Hannah.

All too often Talmud dissembles into a mass of details, some fascinating but many others esoteric or irrelevant. In this book, Rabbi Abrams identifies the underlying grand themes that pull it all together. She takes the novice by the hand, gently walking him/her through complex logical analyses, until the beauty of the complete structure comes into sight. By weaving lively examples of loving relationships between human beings into her explanations, Rabbi Abrams not only clarifies the nature of a Jew's relationship to God, but prods the reader into grappling with some of the larger religious issues of the day. In short, like Rabbi Adin Steinsaltz, she makes the study of Talmud inviting instead of intimidating. -- Judith Hauptman, Jewish Theological Seminary Rabbi Abrams has produced an excellent introduction to the study of the Talmud. Through explication of selected texts, she conveys to the reader the high degree of accessibility and comprehensibility of the Talmud, proving again that even the most complex matter can be grasped if properly transmitted. Bringing in her own insights, she transforms material that at first blush might seem abstruse or unrelated to human concerns into texts that speak not only to the historical reality of the Rabbis but to our contemporary self as well. -- Blu Greenberg, author, How to Run a Traditional Jewish Household