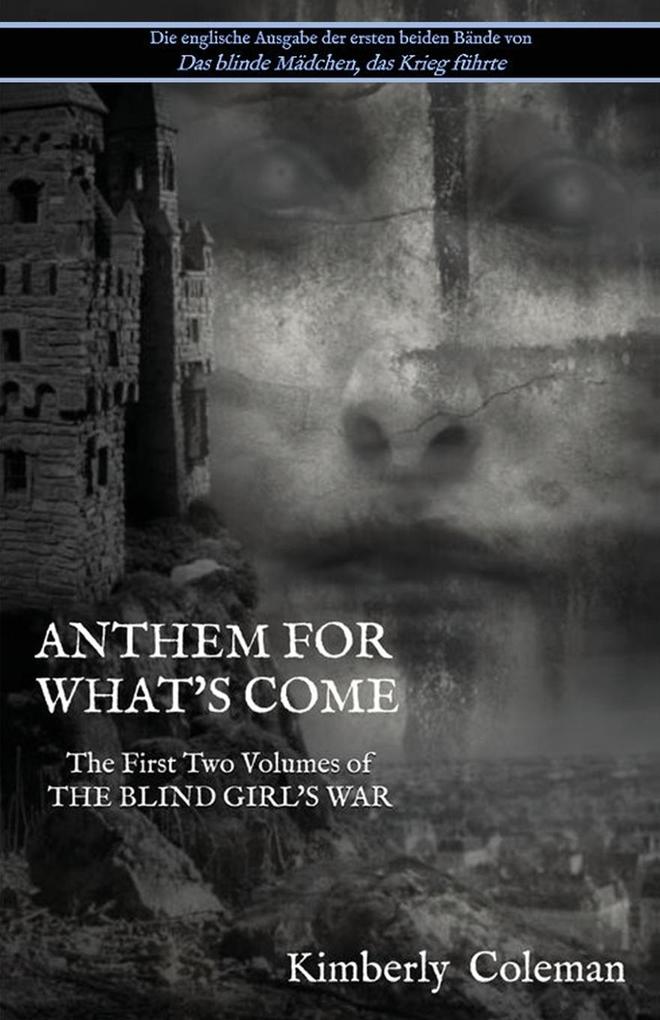 
'...Totally addicting...' Darlene Cupp, Barnes and Noble review
Anthem For What's Come contains the first two books of The Blind Girl's War, an epic dystopian horror series spanning twenty years of war between Draka and Dikallah, provinces separated by the Zegyn Sea. Daily lives of everyone from booksellers to soldiers have been reduced to a desperate struggle to survive. Even the once-untouchable politicians are now targets of the Nameless, a savage cabal whose cruelty is equalled only by the country's President.
'a combination of fantasy and real-world aspects makes this book hard to put down...' Goodreads review
But the problems facing the provinces run much deeper: a war mentality is now ingrained in their children. The concept of 'peace' no longer holds meaning. Anger, violence, hatred, death, are all ceaseless, omnipresent, immersing this generation of youth within a violence they will neither forget nor forgive. Never losing sight of an opportunity to entrench his power, the President decrees that children will become the country's Executioners, in essence, bounty hunters for gold and otherwise unattainable fame. Women believed to be witches are their first target...
'Reality of a dangerous world where extremists rule...' Goodreads review
This mad dance of darkness, thievery, murder, slavery, war, and witchcraft, fulfills a long-heralded prophecy from a once-venerated Tarot Reader who warned that the careless slaughter of innocents would lead to the annihilation of Dikallah's own children. When citizens see the progeny of elite politicians becoming targets, what was once prophecy is now their reality.
Anthem For What's Come contains Before The Sun Goes Down and The Blind Girl's Sword in a single edition.
Before The Sun Goes Down (Volume One, The Blind Girl's War Series) is the story of Haqqi Ibais forcing a self-proclaimed witch to try to save the life of a child poisoned by his chemical weapons.
'A vivid and wild ride from the beginning...' Goodreads review
The Blind Girl's Sword (Volume Zero, The Blind Girl's War Series) is the acclaimed story of Haqqi's twisted relationship with an unforgettable young seamstress whose life is dramatically altered by the horrific act of a government official...
'An intimate look at a world stuck in perpetual war and what impact that has on people. In a way, it's a treatise on how to make a monster.' Eric Lahti, Author of The Henchmen Series
Anthem For What's Come is also available worldwide in digital format. The next volume (Winter 2018), Winter's Shepherd, begins where Before The Sun Goes Down ends: with the storm and the cannibalistic Blunchors arriving full force in Dikallah.

Creator and Designer of the Bestselling Calendar For Writers Series sold worldwide since 2016. Award-winning script writer and author of several books including fiction, and 1,000 Quotes For Writers.