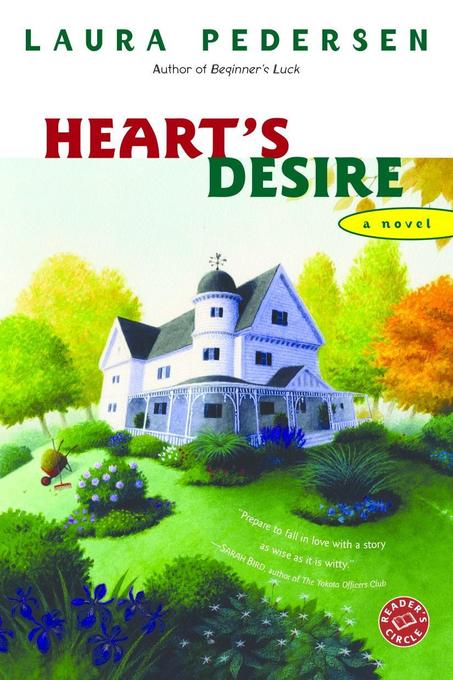 Card sharp and former wild child Hallie Palmer is in college now-and Bernard Stockton, her legal guardian, has suddenly appeared during final exams. He's hysterical about his recent breakup with his longtime boyfriend, Gil, and wants to enlist Hallie in a scheme to win Gil back. So Hallie returns to Cosgrove County, Ohio, for the summer, to her job as live-in yard person for Bernard and his delightfully oddball mother, Olivia. Also present are Ottavio, Olivia's hot-tempered Italian lover, who's desperate for a wedding; Rocky, a chimpanzee who's one Singapore Sling away from an AA meeting for primates; and Hallie's own ever-expanding family, which she fled as soon as she could slide down the drainpipe.

Around town, folks assume that since Hallie isn't in jail, she clearly has no problems of her own and can therefore tackle theirs. But Hallie has plenty of troubles-a looming tuition bill, gambling temptations, and an ex-boyfriend who's back in town for the summer to upset any potential if highly unlikely (a girl can dream!) romantic flings.

Yet as Hallie and company navigate life's unexpected paths of games lost and love found, the real truth begins to emerge: With friends, family, and a place to call home, your heart's desire is always within reach.

Laura Pedersen is an author and playwright from Buffalo, New York. After finishing high school in 1983, she moved to Manhattan and began working on the American Stock Exchange, later spending the better part of the 1990s writing for The New York Times. In 1994, President Clinton honored her as one of Ten Outstanding Young Americans. She has appeared on varioius TV shows, including Oprah, Good Morning America, Primetime Live, and The Late Show with David Letterman. In 2001, her first novel, Going Away Party, won the Three Oaks Prize for fiction. Her other books include Beginner's Luck, The Big Shuffle, Heart's Desire, and Last Call. Laura lives in New York City.