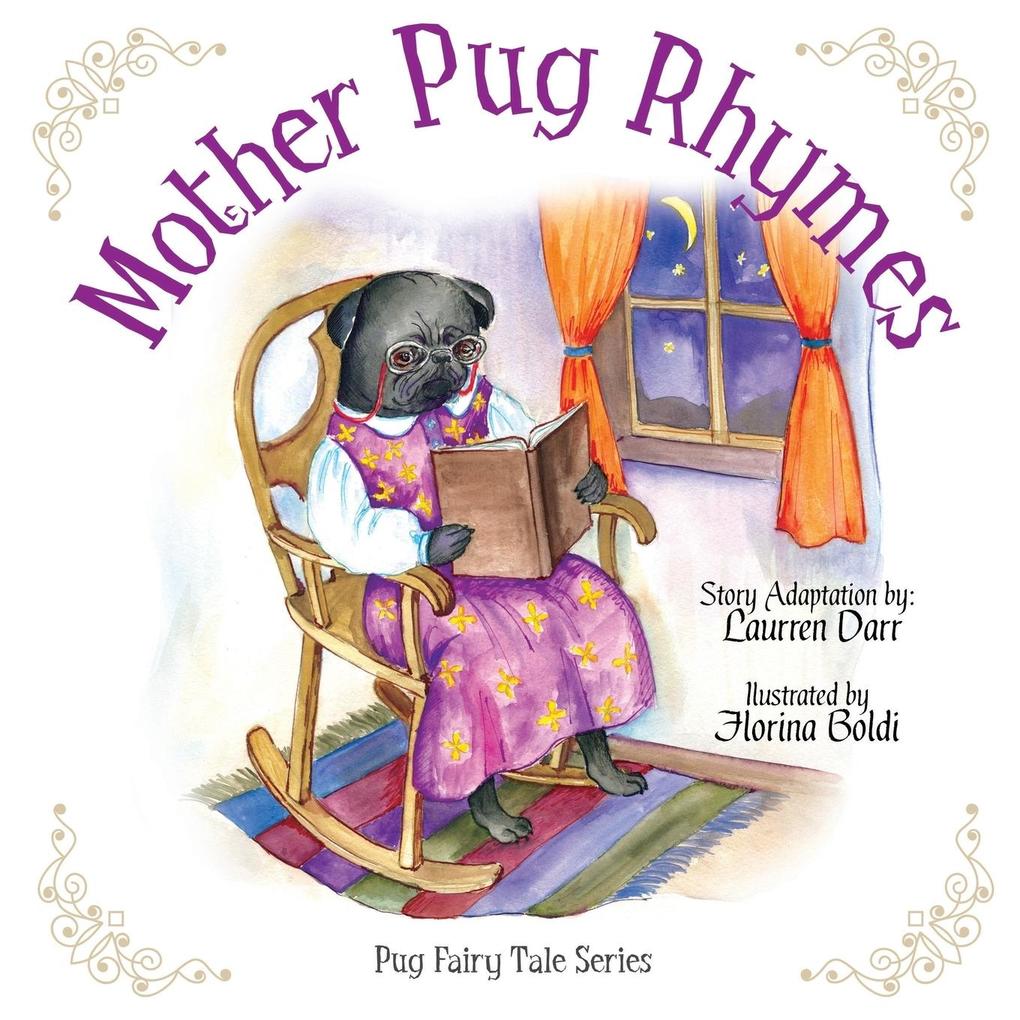 von Laurren Darr
Paperback. Sprache: Englisch.
Taschenbuch
It's the magical world of "Mother Goose Rhymes"...starring a cast of delightful pugs! Meet the fighting pugs of Kilkenny, who kept sparring until there were none, revel in the pug that jumped over the moon, wiggle your toes with the five little "pugg … weiterlesen
Geschenk per Mail versenden
Taschenbuch

It's the magical world of "Mother Goose Rhymes"...starring a cast of delightful pugs! Meet the fighting pugs of Kilkenny, who kept sparring until there were none, revel in the pug that jumped over the moon, wiggle your toes with the five little "puggies," watch as Sarge the pug leaps over a candlestick, visit with an old pug in a shoe, and enjoy other rhymes beloved by generations of children. Just don't be like the three little pugs that needed to wash their mugs!

Illustrated with rich, lavish detail by Florina Boldi, and adapted by Laurren Darr, Mother Pug Rhymes is the perfect bedtime reading for kids, and kids at heart.

About The Author: Laurren Darr has been 'owned' by pugs since her first pug rescue of White Pines Tuttie when she was just six years old. Tuttie had never been out of a cage or even uttered a bark. She was the joy of Laurren's life until she left this world at the age of 15 (human years, of course!). This silly pug would let Laurren dress her, put clippy earrings on her, and even put lipstick on her. They'd spend hours tootling around the neighborhood dressed in their Sunday best, which is why Tuttie served as the inspiration for the launch of the International Association of Pet Fashion Professionals over thirty years later.

Laurren has had many pugs since. Zacchaeus was a gift to her for her 16th birthday. She has also featured family rescue pugs Inky & Sarge (brother and sister) and Benji, in her Pug Fairy Tale Series story adaptations.

Her busy Chicago-area home is filled with her husband, her son, a fabulously fashionable pug named Bella and a blue and gold macaw, Kao.

Laurren Darr finds joy through the bonds created through pet fashion between humans and their pets. She is on a mission to unleash the overall visibility of the pet fashion industry through empowerment of pet fashion professionals. She has over twenty-five years marketing experience and has consulted with companies of all sizes- specializing in trade show marketing. Darr has won over 40 marketing awards and is a #1 best-selling author.

More importantly, she's been a pug lover since her first rescue of White Pines Tuttie circa age five. Tuttie was a magnificent creature that let little Laurren do everything with her. They played together, bathed together, ate together, and slept in the same bed. Most of all, Tuttie was completely happy to let Laurren dress her up, put clippy earrings and lipstick on her, and push her around in a laundry cart. She understands the deep rootsnand connections created between humans and animals through fashion because of this kinship. Her book about Tuttie, Lipstick On A Pug, won the Dog Writers Association of America Maxwell Medallion for 2015 Children's Book of the Year. Her publishing imprint, Left Paw Press, has printed numerous books on pet fashion, pug children's, medical, racing, and coloring. PugDala Coloring Book, a mindfulness coloring book, also won a Maxwell. In August 2013, Laurren combined her marketing experience and lifelong love of pet fashionology to launch the Pet Fashion Guild, an organization created to provide educational materials and tools for pet fashion professionals. She's been named a "Paw-er Woman" by Fidose of Reality blog and was a 2015 & 16 finalist for Pet Industry Woman of the Year by Women In The Pet Industry. In 2018, Pet Age named her a Woman of Influence. Laurren earned her pet fashion certification from Fashion Institute of Technology (FIT) in New York City in 2015.

Laurren now lives in the Racing Capital of the World in Indiana. Her life is busy with her race car
driving son, geneticist husband, and the most stylish dog at the race track, Bella.