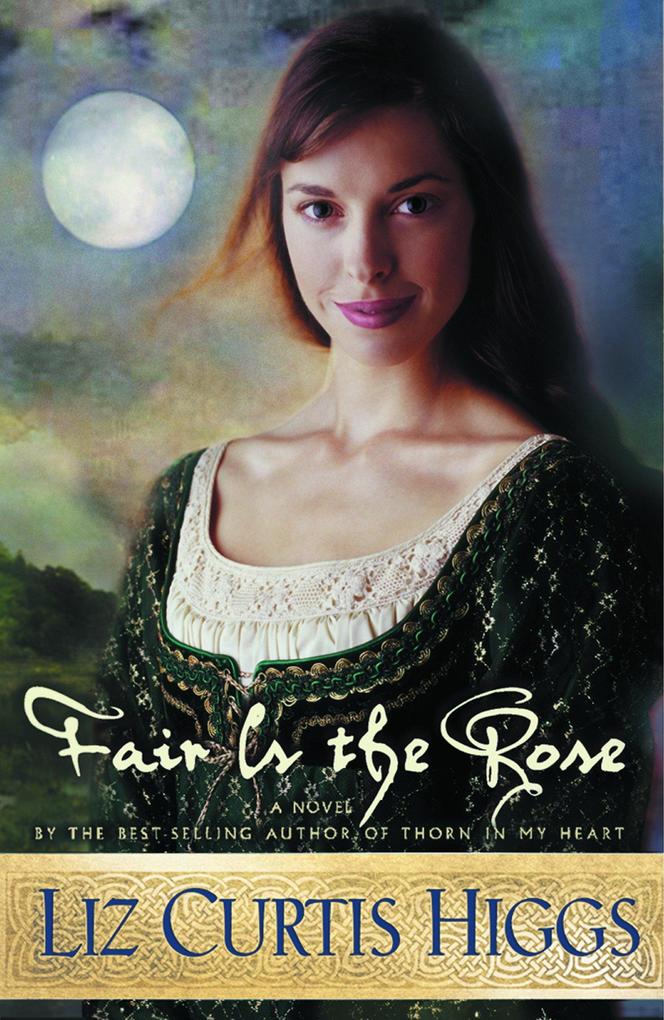 Fair is the Rose

A year has come and gone since Jamie McKie fled for his life, arriving at Auchengray in search of sanctuary and a bonny wife. Young Rose McBride, as fair a lass as any in Scotland, dearly loves her handsome cousin— … weiterlesen

Same Setting as Thorn in My Heart.
Sprache: Englisch.

A year has come and gone since Jamie McKie fled for his life, arriving at Auchengray in search of sanctuary and a bonny wife. Young Rose McBride, as fair a lass as any in Scotland, dearly loves her handsome cousin—but so does her older sister, Leana.

Determined to have Jamie all to herself, Rose puts in motion one desperate plan after another, enlisting the aid of Lillias Brown, a wise woman—a wutch, some say—still keen on the old ways. Impetuous Rose ignores the cruel whispers that travel up and down the parish hills, never dreaming of the tragic consequences that await her.

Her sister, Leana, clings to her hard-won sense of peace and assurance by a slender thread of faith. Day and night, Leana's hours are apent caring for wee Ian and praying that her future will hold more promise than her past.

Jamie McKie is busy making his own plans to return home to Glentrool and claim his inheritance. To do so means facing Evan, the brother whose blessing he stole, and Alec, the father whom he ruthlessly deceived. It is a perilous journey that will test the depth of his courage, the strength of his sword, and the tenacity of his vow to honor Almighty God, no matter the cost.

Liz Curtis Higgs has been telling tales since she wrote her first "novel” at the tender age of ten. Careers in broadcasting, public speaking, nonfiction writing, and children's books brought her back to her first love-fiction-at the turn of the 21st century.

Since 1986, Liz Curtis Higgs has presented more than 1,500 inspirational programs for audiences in all 50 states as well as Germany, England, Canada, Ecuador, France, and Scotland. In 1995, Liz received the highest award for speaking excellence, the "Council of Peers Award for Excellence,” becoming one of only forty women in the world named to the Speaker Hall of Fame by the National Speakers Association.

Feature articles about Liz have appeared in more than 250 major newspapers and magazines across the country, and she has been interviewed on more than 600 radio and television stations, including guest appearances on PBS/Religion & Ethics NewsWeekly, A & E, MSNBC, NPR, CBC Canada, BBC Radio Scotland, Focus on the Family, and Janet Parshall's America.

A member of Novelists, Inc., Liz now focuses her writing efforts on historical fiction, particularly novels set in eighteenth-century Scotland. To aid in her research, she has visited the U.K. on eight occasions, including her "Heart for Scotland" 12-city U.K. book tour in October 2003, and she has collected nearly 700 resource books on Scottish history and culture. A graduate of Bellarmine College with a B.A. in English, Liz is a member of the Eighteenth-Century Scottish Studies Society and the Dumfries & Galloway Family History Society, as well as supporting the National Museums of Scotland, Historic Scotland, and the National Trust for Scotland.

Liz is the author of twenty-one books, with more than 2 million in print. Her fiction to date includes two historical novels and two contemporary novels:
• Fair Is the Rose
• Thorn in My Heart
• Bookends
• Mixed Signals

The above titles also have corresponding VHS videos and companion workbooks.
And she has written five books for young children:
• Go Away, Dark Night
• The Parable of the Lily
• The Pine Tree Parable
• The Sunflower Parable
• The Pumpkin Patch Parable

Her children's Parable Series was awarded the ECPA Gold Medallion for Excellence at the Christian Booksellers Association Convention in July 1998, and her book Bad Girls of the Bible was an ECPA Gold Medallion Finalist in 2000. Her first novel, Mixed Signals, was a RITA Finalist for both Best First Novel and Best Inspirational Novel. Her second novel, Bookends, was a Christy Finalist for Best Contemporary Fiction. And her third novel, Thorn in My Heart, was a #1 historical fiction Christian bestseller, followed by a second historical bestseller, Fair Is the Rose. Whence Came a Prince, the latest novel in the series, publishes in March 2005. In addition, Liz is the editor of an annual newsletter, The Graceful Heart, with 25,000 readers, and is a columnist for Today's Christian Woman magazine with her back page feature, "Life with Liz." Her first video Bible study series, Loved by God, was released in March 2004.

On the personal side, Liz is married to Bill Higgs, Ph.D., who serves as Director of Operations for her speaking and writing office. Liz and Bill share their 19th-century farmhouse in Louisville, KY, with their two teenagers, Matthew and Lillian, and too many cats. For more about Liz, visit her Web site: www.LizCurtisHiggs.com.