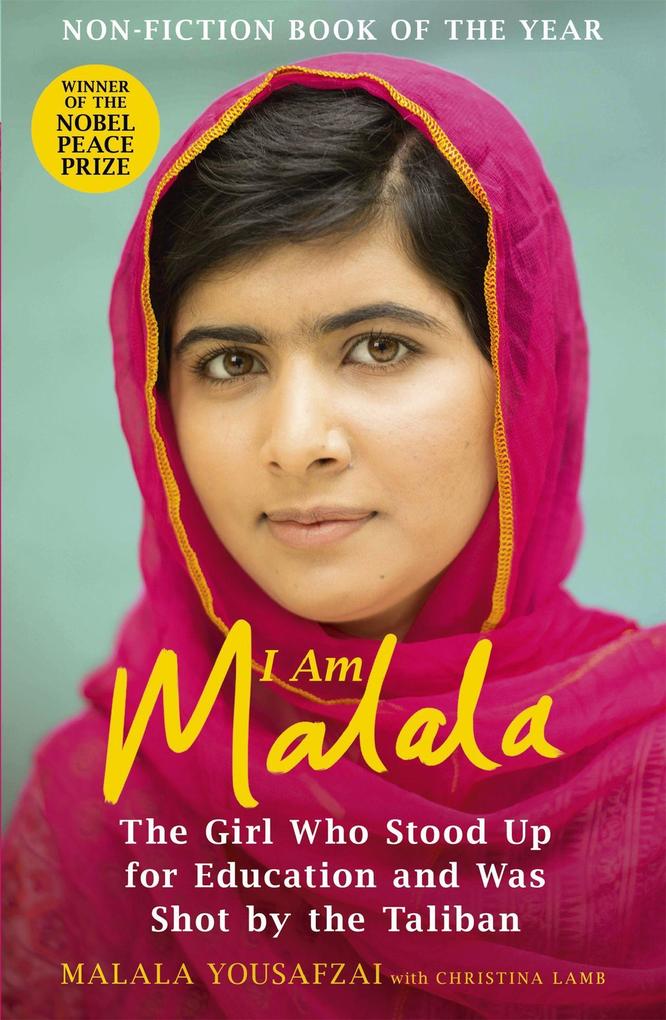 von Malala Yousafzai, Christina Lamb
The Girl Who Stood Up for Education and Was Shot by the Taliban. col. photos on 16 plates and 1 map. B-Format.…
Taschenbuch
Kundenbewertung:

The bestselling memoir of youngest ever NOBEL PRIZE winner, Malala Yousafzai, the schoolgirl who stood up to the Taliban.
'Malala is an inspiration to girls and women all over the world' J K Rowling

The Girl Who Stood Up for Education and Was Shot by the Taliban.
col. photos on 16 plates and 1 map.
B-Format.
Sprache: Englisch.

In 2009 Malala Yousafzai began writing a blog on BBC Urdu about life in the Swat Valley as the Taliban gained control, at times banning girls from attending school. When her identity was discovered, Malala began to appear in both Pakistani and international media, advocating the freedom to pursue education for all. In October 2011, gunmen boarded Malala's school bus and shot her in the face, a bullet passing through her head and into her shoulder. Remarkably, Malala survived the shooting.

At a very young age, Malala Yousafzai has become a worldwide symbol of courage and hope. Her shooting has sparked a wave of solidarity across Pakistan, not to mention globally, for the right to education, freedom from terror and female emancipation.

Malala Yousafzai is a cofounder and board member of Malala Fund. Malala began her campaign for education at age eleven, when she anonymously blogged for BBC Urdu about life under the Taliban in Pakistan's Swat Valley. Inspired by her father's activism, Malala soon began advocating publicly for girls' education, attracting international media attention and awards. At age fifteen, she was attacked by the Taliban for speaking out. Malala recovered in the United Kingdom and continued her fight for girls. In 2013, she founded Malala Fund with her father, Ziauddin. A year later, Malala received the Nobel Peace Prize in recognition of her efforts to see every girl complete twelve years of free, safe and quality education. She is currently a student at Oxford University, pursuing a degree in philosophy, politics and economics.